A few weeks ago, on January 26, I started my second season of racing cross country. This is the first part of an on going series about my experiences racing.

My first race of 2013 was the series opener at CCCX. The race was held on the awesome single track at Fort Ord near Monterey, CA. Last year I raced Cat 3 14-18 and finished the season 3rd place overall. This year I am racing Cat 2 18 and under. This was my first time racing Cat 2, which was about 22 miles. I finished in 10th place out of 15 riders (2 did not finish). My team mate Ben  Slaughter finished 12th.

I know that I could have done better. My legs did not feel 100% that day. However that is only part of story. Up until that race I had only been training 3 days a week with my team. This race made me realized that I need to train more often. Especially since I plan on doing well in the Norcal High School MTB series. Now I try to ride 5-6 days a week. During my rides, I put an emphasis on the endurance aspects of riding such as pace and heart rate. I have even gone on a few road rides, which I will feature in a future article! I am looking forward to 2 races in the month of February: CCCX XC #2 and the first race in the Norcal High School Series. Both will be at Fort Ord again. 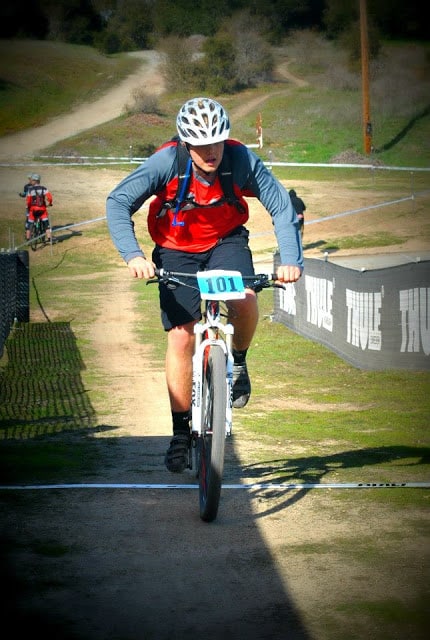