Since my last entry my days and weeks have been jam packed with mountain biking goodness and other wild stuff.

On Monday April 15th I was set to fly out to Seattle to begin a whirlwind tour of the west coast. 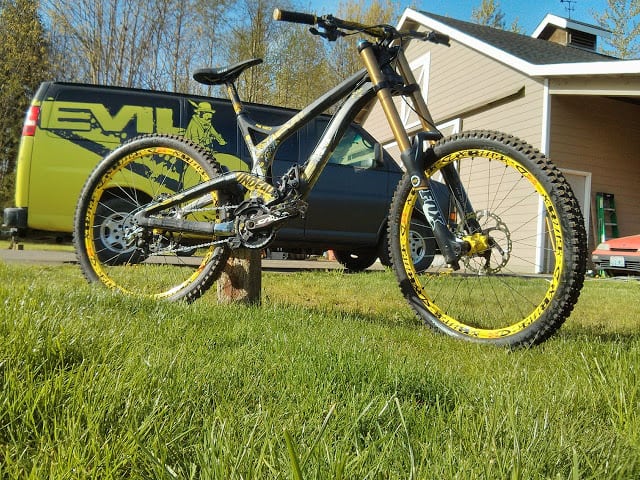 The flight landed ahead of schedule and I was picked up by Kevin Walsh, the owner of Evil Bikes and Superbig Creative. This was my first time actually meeting Kevin in person. Up until then I had only exchanged emails and phone calls.

The only way to describe Kevin is cool. He’s a graphic designer by trade and mountain biker by passion. He combined his talents to overhaul Evil bikes into what it is now.

The first day in Seattle he took me down for a taste of real Seattle coffee, which did not disappoint. After that we went to his studio where he spends most of his time.

At his studio I got a chance to see our new team uniforms which blew me away but that was just a taste as to what was to come. 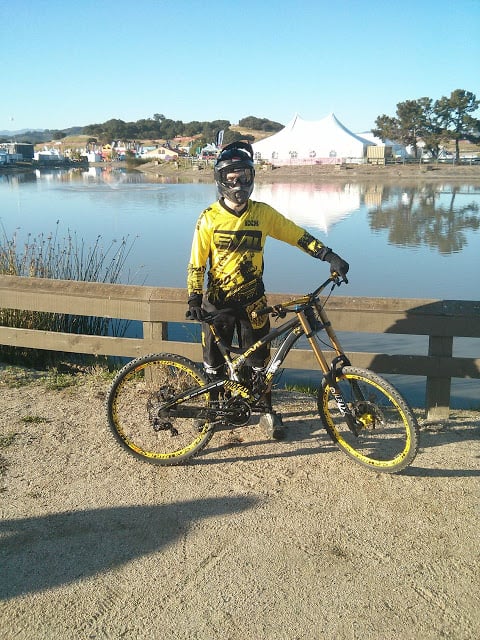 My teammate Kevin Littlefield showed up with the Evil van and we headed over to the warehouse where I got to see my bike in all its glory and would finish  building it up later in the evening. After collecting all my new riding gear, and sponsor products, we made our way over to meet with Biran from Imagecraft, who made the wild decals for our bikes.

Wednesday night Kevin Littlefield, his dad, Kevin Walsh, Luke Strobel and myself decaled up our bikes, packed the evil van and set out on our 16 hour drive to Monterey California. We all took shifts driving and arrived by 1pm on Thursday, check into the hotel and headed to the expo to sign up.
By the time we had finished with registration we had already missed practice so we followed Kevin Walsh around who introduced us to the guys at e*thirteen components, Kore, and Shimano.

On Friday I finally got a chance to put on our new uniforms and head up to practice. This would also be my first time getting some real ride time in seeing as how it snowed 2-3 days before I flew out.  My first run would also be my first look at the course since I last saw it in 2011. A few things had changed, a double had been made into a triple, and a berm was added to the first turn. Otherwise it was the same  course just more warn out.

My tire choice was a 2.1 semi slick. Most of the turns were banked but dusty but even in the off camber loose section I didn’t feel like my tires hindered my traction much.

The rest of the weekend leading up to the race was spent meeting sponsors and meeting with people. One of the people who I had a chance to meet while out at Sea Otter  was our fellow The Mountain Bike Life contributor Ryan, which was pretty rad to meet one of the team members. I also had a chance to introduce myself to Francis from MTBR.com (you may remember I helped them out with an article on pumptracks). Francis and his crew are some of the nicest people I’ve met, and before leaving he gifted me one of their extremely nice hoodies.

In of the more interesting and memorable things that happened was a spontaneous skid contest which eventually turned into a skid slalom. About 5 cones were set up in the parking and riders would take turns coming in with speed and skidding around the cones. If the skid broke the attempt was not counted. Eventually VitalMTB caught wind a threw a few photos up a few shirts as prizes. I love organic events like this, it’s just all around good fun.

Finally race day came, I got a 5-6 practice runs in which is a lot. But I was having fun and didn’t want to sit around. I was set to start at 11:15am right in front of my former teammate from the east coast, Dylan Conte.

My actual race run went pretty well, I stayed low on the triples, and nailed the berms. I was conserving a little energy for the last pedal. My only trip up was coming into the off camber section where I slid out on the entrance but dabbed a foot and missed my line, but still ended up in the right area. By the time I got the the last sprint I was barely worn out, I conserved too much energy. My final time was 2:07.5 which was off the winning time of Aaron Gwin by ~7 seconds, and ended up 45th out of ~165 entrants. All things considered I was fairly pleased with my result as I was one of the few on a full DH bike and even fewer on flat pedals. 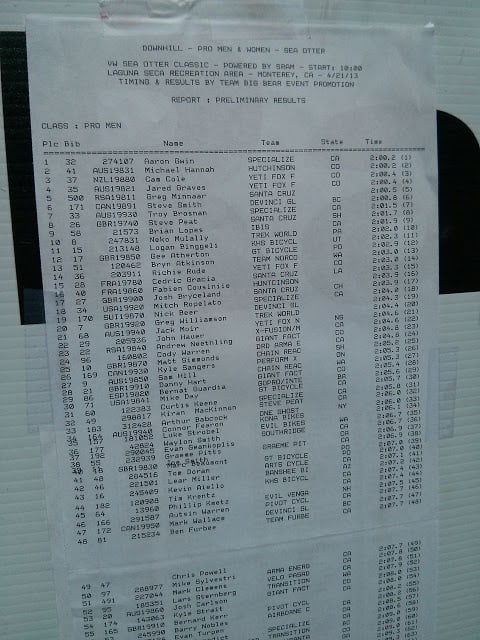 Right after the race the team and I took a few photos, packed the van and set out for the 16 hour drive back to Washington where we will be preparing for the NWcup at dry hill in Port Angels. When this is posted we will be on our 2nd day of practice. 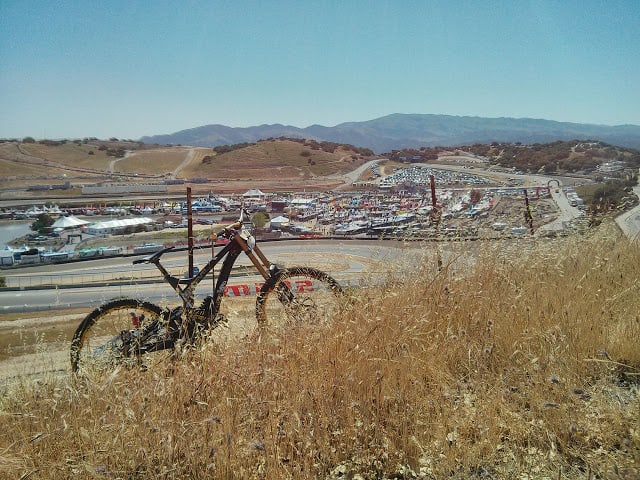