Last year I picked up this guide for single chain ring set ups from Superstar Components out of the UK. Seeing as I was looking for a solution to not needing more then one chain ring. And after looking at other options this seems to have fit the bill. The biggest challenge being if you went with a plate it only comes with the BB mounted version. 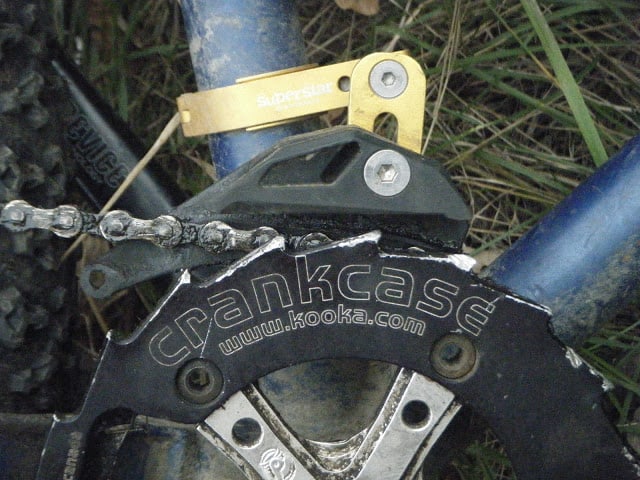 Meaning there was no ISCG tab style only BB mounted option. Which at the time I was trying to avoid. Unfortunately it only comes with the non bashguard compatible plastic guide as it’s aimed at the single chain ring crowd. Understandable as riders like me who do like to try to ride over logs and rocks on the trails are in the minority, and one can’t have it all.

After a bit of modification to make it work with the bash guard it fit on perfectly. I had to remove some of the plastic on the outside of the guide, as you can see in the pic.

And after several months of use it has been going well. Except for one little niggle. That being that it is way to easy to have the guide spin around. As the part that adjusts the distance to the chainring is held in place by a little grub screw. All it took was a couple of good wacks in a crash and it spins around way to easy and has some play now. And the little grub screw is way to small to get enough torque to keep in place.

To get it to work I had to replace it with a cleat bolt. In this case I’d much rather have seen a 4mm allen head bolt as now it seems to be holding everything in place. 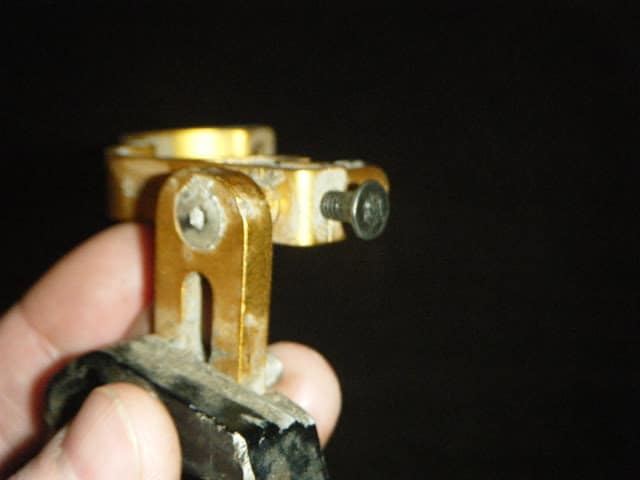 I would have much preferred to use a plate mount in the back as I think it would have held up better to the riding. But again Superstar does not offer the XCR in ISCG mount only BB.

So if you are a more XC oriented rider this guide will work well. Though if you are more hard core I’d look at the XCR Single Ring Chainguide which should hold up to harder use.