It’s been a little over a month now since the frame switch to the Chromag Samurai frame. I had been planning to write about what my spec was prior to getting the frame but held off till it was in my hands and being ridden.

Now one has to keep in mind that this is a dirt bag spec as I don’t go for the shiny bling components. Haven’t for years as I realized long ago that while that stuff was nice I could get just as much fun and ride time out of parts at the dirt bag level.

Chromag Seat Collar 31.8. Came with the frame and upgraded with the Chromag Ti bolt via Chain Reaction.

Marzocchi Drop Off 4 fork. It is a 2005 which I got via Pinkbike. Slightly modified as it runs a stiff spring from a Manitou fork. 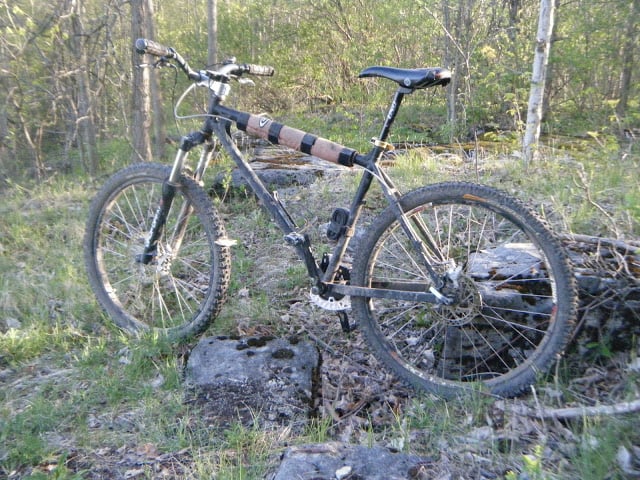 Shimano XT Thumbshifter 1993….had it from back then. Bomb proof and just will not die.

Hope Mini brakes picked up via EBay. 4 piston front with 8 inch rotor and a 2 piston rear with a 6 inch rotor. Hope are rebuildable and tough. As demonstrated at last Saturday’s race when the front was taken out of commision by a tree. 15 minutes of work and it was running again. 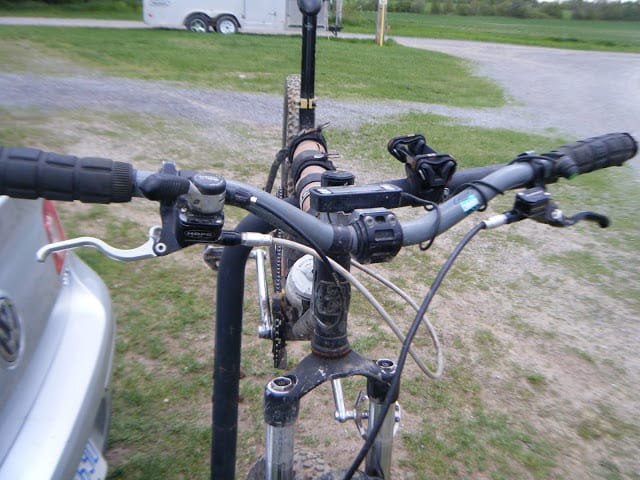 Redline Device Cranks 175mm with a 19mm spindle via Pinkbike. With a 36T chainring. Have both a 5 and 4 bolt Profile spiders for whatever chainring I have or find.

Redline Euro BB for 19mm spindles. Standard type thread in BB cups. The bearing are sealed and you can get replacement bearings easily from any good bearing supplier for about $9 bucks a bearing. So makes it easy to have a couple extra’s in the gear bin. 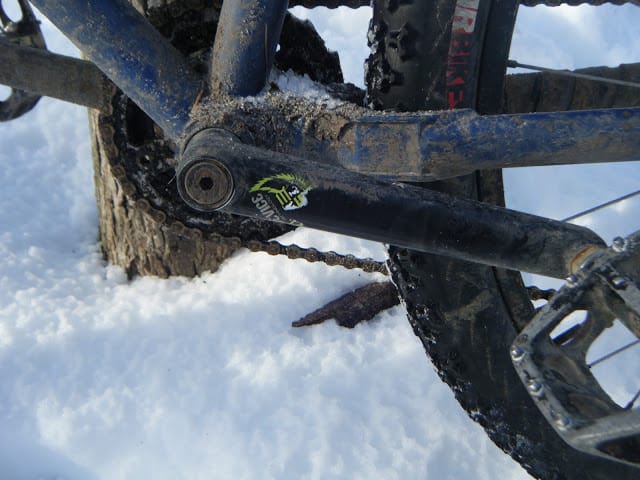 Pedals are a little complicated as I do switch back and forth often depending on mood.

Time ATAC type pedals via a riding buddy. I have used Shimano for at least a decade but after the April 21st race where they simply couldn’t keep up, so I switched to Time. And after last weekend’s muddy race the ATAC’s didn’t flinch. Well… this will now be the clip pedals I will use. 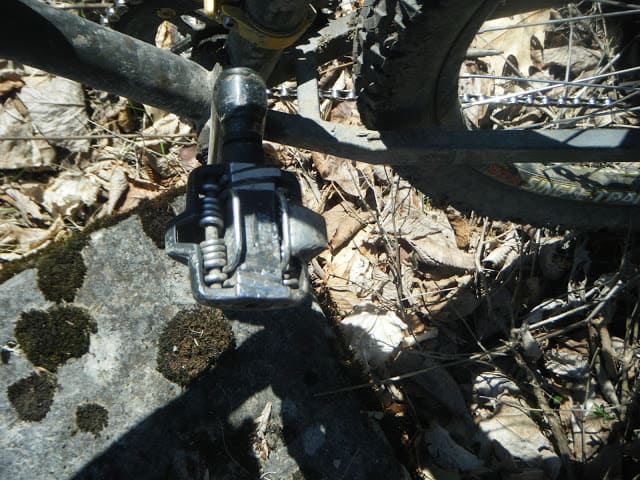 Front wheel is a Sun Ditch Witch on a DMR front hub. This was the first time learning to actually lace up a wheel that turned out well. But the most important detail here is the DMR hub which I got at a good discount from a Toronto shop. The reason is that these DMR front hubs have interchangeable end caps which allow you to switch 20mm, 15mm, and 9mm QR axles. Now they are not as versatile as Hope hubs they still make future fork options better if I happen to get a 15mm fork I don’t have to buy a new wheel again. 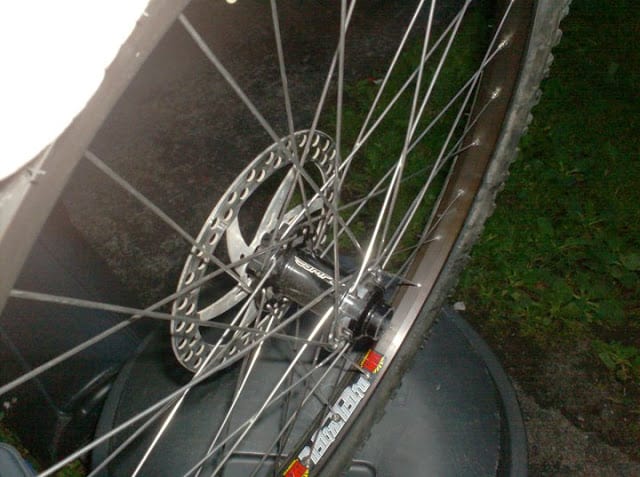 Rear is a Formula 32H 9mm QR hub laced to a Singletrack rim. Both came from a local shop that was closing it’s doors. So it was at a clear out price. 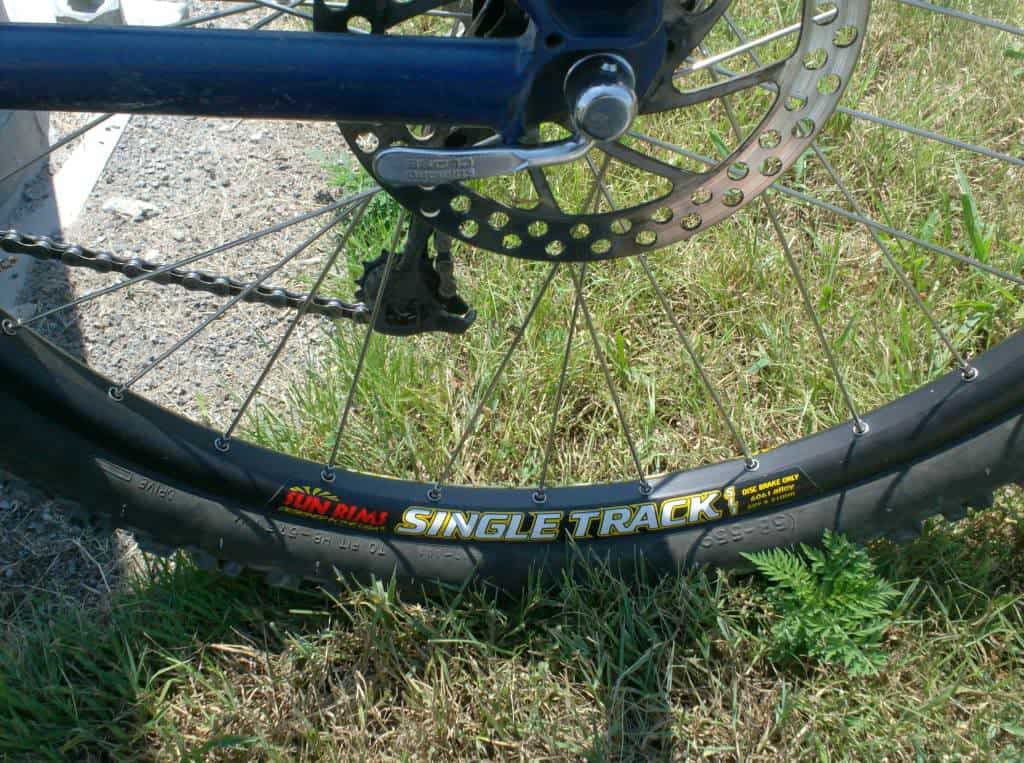 Continental Gravity 26×2.35 tire in the rear. Nothing really special about this other then I try to buy tires that can work both front and rear. This way as the rear wears out and can’t be used I simply switch the front to the rear and install a new one in the front.

Uno 27.2 seatpost of the standard variety.

WTB saddle for $5 at the local Value Village of all places.

DRC X Monitor for my ride timing needs via EBay. Mounted on the stem via cable tie. Good for keeping track of laps while racing and training.

MRP G2 through Pinkbike. The lower pulley has been removed as it was superflous to requirements. The taco as they call it or skid plate we shall see how it goes. I say this as I have run a metal bash guard for years so am used to that. 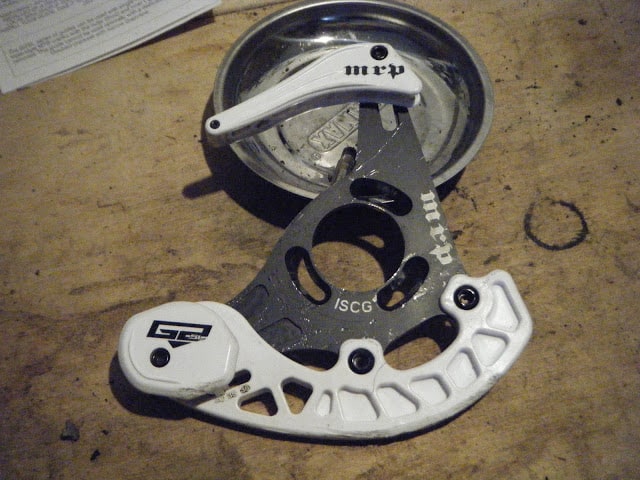 While all most all the parts where swapped from the Sylus there where some small changes like the MRP G2. But even before the switch over the build was budget and built for riding bikes or what seems to be called Enduro now it seems. But every part though used was picked up looking for longevity and simply because it works. And despite the lack of flash and newness it hasn’t slowed my 2 races down at all.

Which is great, instead of worrying about mechanical problems I can worry about that 15 seconds between me in 4th and the podium on Saturday.