My first opportunity to ride legitimate downhill trails on a legitimate downhill bike was in Jackson Hole, Wyoming. I rode a Rocky Mountain Slayer 30, which was way more bike than I was used to, and a hell of a good time. I will definitely be hitting up a local mountain in NJ for a bike rental and lift ticket this summer.

I rented the bike from a sports shop at the foot of the Jackson Hole Ski Resort (~$60/4hr) only to learn that the lift wasn’t working. I was told I would have to bike up, but that it shouldn’t be a big deal. 15 minutes tops. It wasn’t a huge deal, but I am used to climbing on a not-so plush hardtail, and not in the high altitude air of Jackson Hole. So, my “bike ride up under the lift” became a very slow, low gear effort with intermittent walking.

I arrived at the top of the mountain after my ride/hike and find two trail maintenance workers to greet me. They explained, “Hey man, we’re having opening day on Saturday, so if you could not go on any of the downhill trails that are tacky or wet, that’d be great.” It seemed like a more than reasonable request, but I decided to clarify which trails I should avoid. He then proceeded to name every single downhill trail accessible, and instead recommend a XC loop that will take me across the mountain. 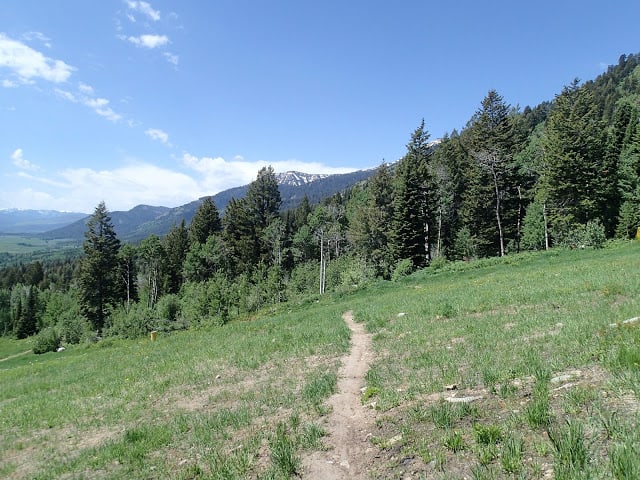 I’m used to a hardtail 29er, so taking this Rocky Mountain full-sus up and down across the mountain was a huge change for me. In my opinion, the uphills were a battle, and moving at slower speeds through the more technical stuff was a lot more challenging. However, this Slayer ate the downhill with ease. It felt incredible going down the mountain. 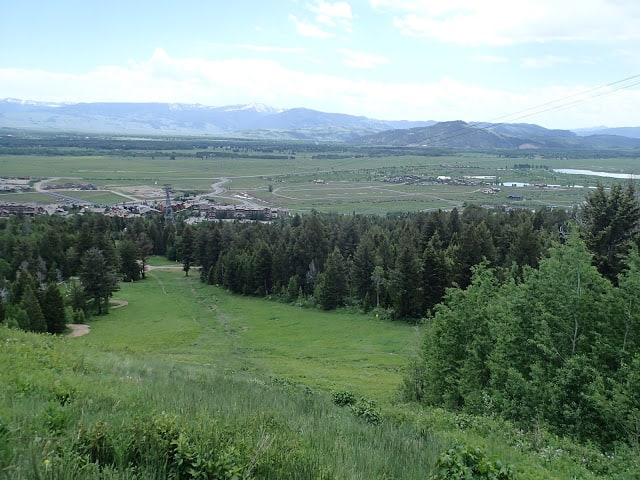 Once I had finished the XC loop, I found myself at the start of some downhill trails. I decided to test one out while no one was looking. I was fully torn between wanting to respect trail conditions and the nagging thought of “When would I get a chance to ride downhill in Wyoming again?” I made the decision pretty easily and absolutely loved it. 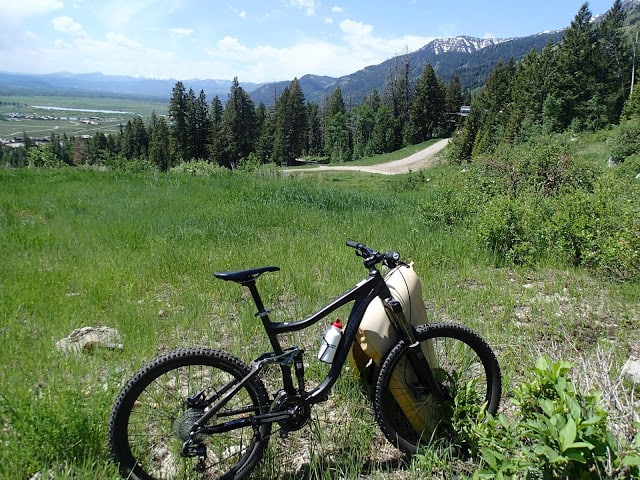 The trails at Jackson Hole were a ton of fun, and I was pleasantly surprised to feel myself handling it well. I had no idea what to expect from large berms and long stretches of fast downhill, but I stayed on my bike and didn’t eat it. My first run down I was a bit too reliant on my brakes, but once I hiked up the mountain again in that brutal sun, I used a lot less brake on my second run. I’ve always lived for the downhill on my XC rides and I love jumps, so this was perfect. Getting that feeling of downhill flow was something I hope to find in small amounts on XC trails, and getting a whole run’s worth was just spectacular. The Slayer was incredible at a higher speed. I don’t have much of a frame of reference for these types of bikes, but I felt really secure in pushing the speed on the Rocky Mountain. It ate the small stuff no problem, and I even felt it lifting my off the ground in a smooth way as I hit some jumps. There were a few instances where it gave me some air, completely effortlessly.

I came to the conclusion afterwards that if I had the money and accessibility to good downhill trails I would probably be doing that over XC. However, I was one of the only people on the mountain in Jackson Hole, and I probably would have felt differently on an over-crowded day. I do love a good climb and the meditative quality of a solo-XC ride, but I’m having the most fun on a good stretch of downhill.