Modifying or adapting parts or gear is something I admit I have no reluctance to doing now days.  Sometimes it is a cost saving measure or in the case of this Hone rear derailleur…if a mod isn’t found it becomes scrap.

I must give a nod to Dr Jon Meredith aka The Seriel Driller who’s blog I have been reading this year and has been giving me ideas to improving gear or coming up with fixes to what for me a problems with things. And in this case a Shimano Hone derailleur was the problem.

I was given a Hone rear derailleur a little while ago not in working order.  It was missing that bit that allows it to use a 10mm thru axle. So without that bit is was pretty much scrap once the pulleys where removed. Kind of a waste really. Especially when I need a derailleur as my old one was starting to admit defeat.

After ordering the Hone B spring rebuild kit I found that I had another problem. That being a bolt to make it all work as the derailleur body is slightly wider then is found in others. So after pulling the mounting bolt from a dead one it was time to head to Fastenal. They have never yet failed to find a bolt that will work.

I Had to take a risk it though, since I did not have the bolt in front of my to double check that it would work. At the end they came through as always. But part of doing mods like this is the risk that what you thought might be a solution may not actually work out. 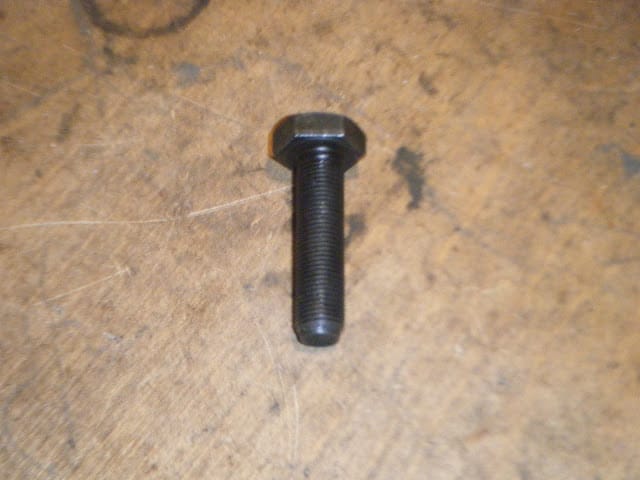 So after some dry mounts using and old frame to work it all out. Really to test if there would be enough spring tension to work properly as it was the Hone was never designed to work without the thru axle mount.  So once dry test was done it was to work mounting it on the Mistress.

Though I think I cut the housing a wee bit longer then planned it still works and shifts well.  Especially with another part it was never meant to work with. A Shimano XT….thumbshifter.

It did take a little getting used to using the rapid rise, meaning you shift the opposite direction as is normal. And sometimes I do forget that and shift the wrong way. But it is nice to shift easier to bigger gears.   So I think I will be trying to acquire a few rapid rise derrailleurs in the future. And I will in the future working on the shifter mount.