Riding in the company of Dragons

Riding in the company of Dragons

Wales is throwing down the gauntlet

Sure Scotland has long since established it’s claim to the British capitol of trails title. Deservedly so, it was miles ahead for years and they basked in their domination of the action. They were so busy feasting on battered and deep fried Mars bars that they got FAT! whilst the Jocks were busy talking about how rad Fort William is and how they had uplift and all that jazz…..Wales gathered together all it’s unemployed coal miners and told them to once more brandish their shovels with pride and dig for glory. They used their bitterness to fuel them and dug night and day on the promise that soon people would come from far and wide and bring fat wallets and that they would use to buy fancy stuff like burgers, inner tubes and beer. Due to the constant rain cloud cover the outside world was unaware that the dragons had awoken and had created a magical kingdom.

The reality is that Wales has had plenty of inspired riding since, well forever really and has embraced Mountain biking from it’s first incantations. It seemed to smolder away and kept slowly adding more venues, more variation on formats, some brilliant events and a constant hardcore of local talent. Something seemed to change a couple of years and that smoldering gave way to a fire in the hills. World class venues were springing up from North to South.
The Forestry Commission in Wales has been incredibly instrumental in facilitating mountain biking in and they have created a playground that thousands have enjoyed, private land owners have now joined the party from the vast to the modest. Local authorities have been extremely progressive too and are making some great partnerships happen. Even the the Welsh assembly government are putting large amounts of good work in.

Wales has incredible landscapes, coast and countryside and we want tourists to come here and experience it, it’s an asset that we simply have to capitalize upon. The industry that used to fuel the Welsh economy is long gone and there are only so many bunches of Daffodils that you can sell. The Welsh assembly Government also has aspirations that it wants happy/healthy citizens and that we should have big recreational opportunities. The synergy between all the different parts of the jigsaw has been impressive and has come together in a hell of a melting pot of shred. You can ride whatever you want, from any ability range and you can enjoy it with even a modest budget.

Cognation has been a project that has created an umbrella for the trails in South Wales to share resources and create a brand. They are improving existing trail facilities, adding more trails and spending some large amounts of cash on a purpose built bike park. Bike Park Wales will open it’s gates a full month early and as of August 10th you will be able to sample some serious fun. £5 for an all day pass or £30 buys you all day uplift. 14 trails in total will be on offer, running from blue and red trails as well as some seat of your pants black runs. There will even be a dedicated crew of trail pixies to make sure that your ride is always manicured and ready to rock. The venue has announced that it will host the Welsh national DH championships later this year and has it’s sights on the World cup. It will be the quality of destination that will add to South Wales reputation as the first call for good times by bike. The revenue will fuel the fire and keep the sport healthy and hopefully keep Wales progressive.

For those who are all about getting into the wild there is as much natural riding as you could possibly want. If you are into dramatic landscapes and hike a bike rides that will be fondly remembered for years, take your pick. Like most places that offer these incredible sky lines, Wales can be brutal as much as beautiful. The weather can change rapidly and bring all flavors of wind, rain and cold that would make you wish you had stayed home. Good ride preparations will cure the potential of elemental woes. The quality of some of our natural riding spots has been a blessing and a curse. It’s always a pleasure to open a MTB mag and see an article that raves about a great weekend they had riding in Wales, with it brings new riders keen to taste it for themselves This sometimes means that this increased traffic can soon thrash the trails, especially when ragged in the winter. They simply can’t stand the demands of hill hungry riders. Once the damage has been done they can’t be repaired and will never be the same. 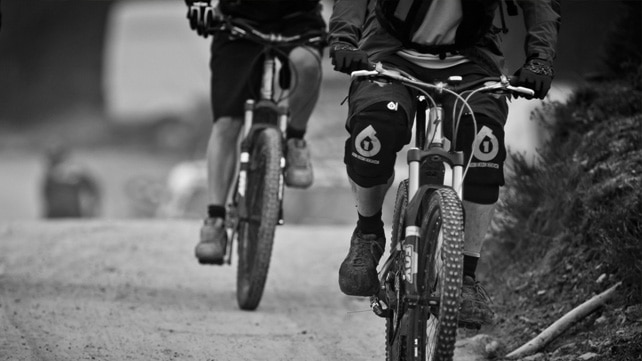 Like an iceberg…..there is so much more happening under the surface than meets the eye here. From the Slovak boys building insane North shore stuff to the boys in Swansea digging jumps that wouldn’t look out of place in Whistler and all the pocket pump tracks that you glimpse as you drive around. Guys like Robin Jones are pulling some sweet community projects in North Wales and putting trails in by being savvy and getting the community behind him to help dig and fund raise. I’m seeing more of this kind of project recently and it seems that the shred brigade are making a play for going ‘legit’. Several of the DH boys that have always built secret spots have now tired of seeing months of hard work trashed once their spot gets uncovered and are now forging relationships with land owners in order to see their spots ave a future. Guys like Simon Williams of New quay in West Wales have gone even further and seen his dream of an urban down hill event come to town become a reality. He teamed up with MIJ events and they came up with a great event with a real party feel and huge support from the towns residents (especially shop keepers !) 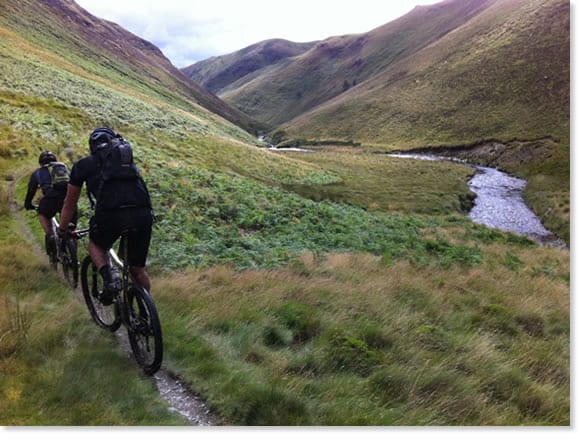 Hospitality in the hills

There terrain dictates that there will always be a fair amount of illegal digging, but there is no question that Welsh mountain biking has come of age and demands to be taken seriously. You should put it on your visit list and see for yourself. If you are brave enough to take a trip to the Dragons liar please make damn sure that you use your noodle and get in touch with a local club, guide of individual first. Social media is your friend and gives every opportunity to get the inside line prior to your trip. I’ve got several riders coming to visit via Google+ and will make damn sure they go home tired, happy and looking forward to their next trip to Wales.

Big thanks to Cognation for the pictures.