Reactions and Reviews: New to Clipless

Reactions and Reviews: New to Clipless

Recently I made the switch–though I thought I never would–to a clipless setup.  Before going back to school for the semester where I knew I would bike a couple times a week, I picked up some Shimano SPD A530L hybrid pedals and a pair Specialized Tahoe Sport mtb shoes.  I had ridden for years with platform pedals, telling myself that I would be more confident in my riding ability if the chance to hop off at any moment was available.  I figured I’d be able to push the limits with that kind of confidence.  While that “hop-off” insurance isn’t there anymore, I’ve found more benefits than detriments to the clipless system. 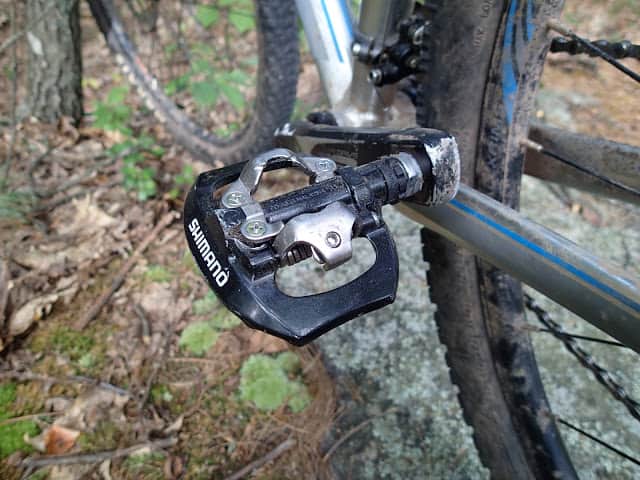 I went out for my first legit ride on the pedals, and immediately loved that my foot wasn’t bouncing around on unexpected jolts.  This I expected.  The efficiency on the upstroke was a really nice, new feeling.  This, too, was expected.  All of the foretold benefits of riding clipless were true.  I could lift the rear wheel up easier to get over a log, I could jump off lips easier, and I felt more stable on the bike. 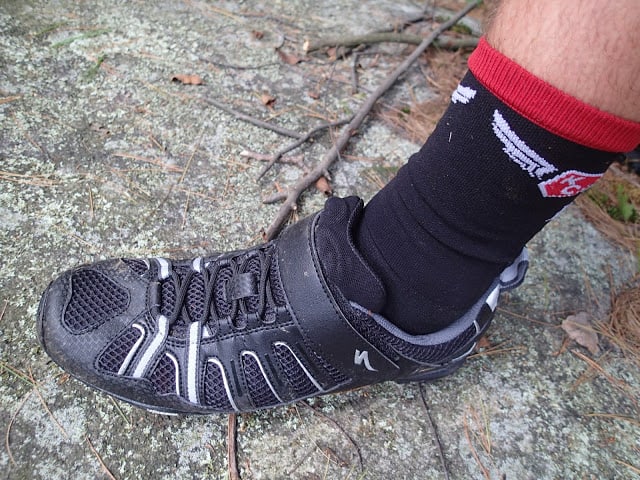 I also had at least three awkward “clipless falls” on my first outing.  Most of them happened when I was going too slow through a tricky rock garden, and just fell sideways.  Of course, these falls are held as a necessary evil when learning the clipless system.  After a nice fall, I was definitely more attentive to where my front wheel was, where my pedals were going on the down stroke, and how fast I was navigating a difficult segment of trail.

With each fall, I became more attentive to specific aspects of my riding that I previously didn’t think too much about.  I once thought that platform pedals most allowed me to grow as a rider, yet, that was only based on my risk-taking comfort.  With the clipless pedals, I’m forced to maintain speed over sections I would’ve normally taken slower.  This was especially apparent on climbs.  This was my first time back on my favorite trails since last December, and I completely toasted some of the climbs that used to give me trouble.

Now that I’m wary of falling on my clipless pedals, I’m paying more attention to the direction of my front wheel, the speed at which I take my segments, and how I attack a climb.  It’s making me a more efficient and faster rider.  The platform pedals had been acting as a crutch; I could take my climbs and technical sections at any speed, because I could hop off in the blink of an eye.  Now that I can’t do that, I know I better nail the climb with no mistakes.  A little pressure goes a long way.

As for the gear:

So far, I’m definitely happy with the Tahoe sports.  They rock a vibram sole which is great for walking around off the bike, and have a fair amount of stiffness.  The tongue has an elastic flap that completely holds the laces out of the way, while a velcro strap keeps my ankle tight.

I wish those SPD hybrids were a little less obtrusive on the platform side, but then again, I chose the hybrid pedal.  I wanted to be able to hop on my bike and ride around town without my bike shoes, if the mood struck.  I do think it’s the most attractive hybrid pedal, short of Crankbrother’s DH race pedal.  No functional complaints thus far!

To those debating the clipless system, take it from someone who swore he didn’t need them: It’s worth it if you’re interested in being a better rider.