Buy an Experience not Gear

Buy an Experience not Gear

The middle of winter is an interesting time for a mountain biker. In the Pacific Northwest, rides are usually limited to the weekend, when its not pouring rain and the occasional evening night ride. Thoughts are usually focused on what new bike shwag is coming out, eagerly anticipating the Bike Magazine Bible of Bike Tests. 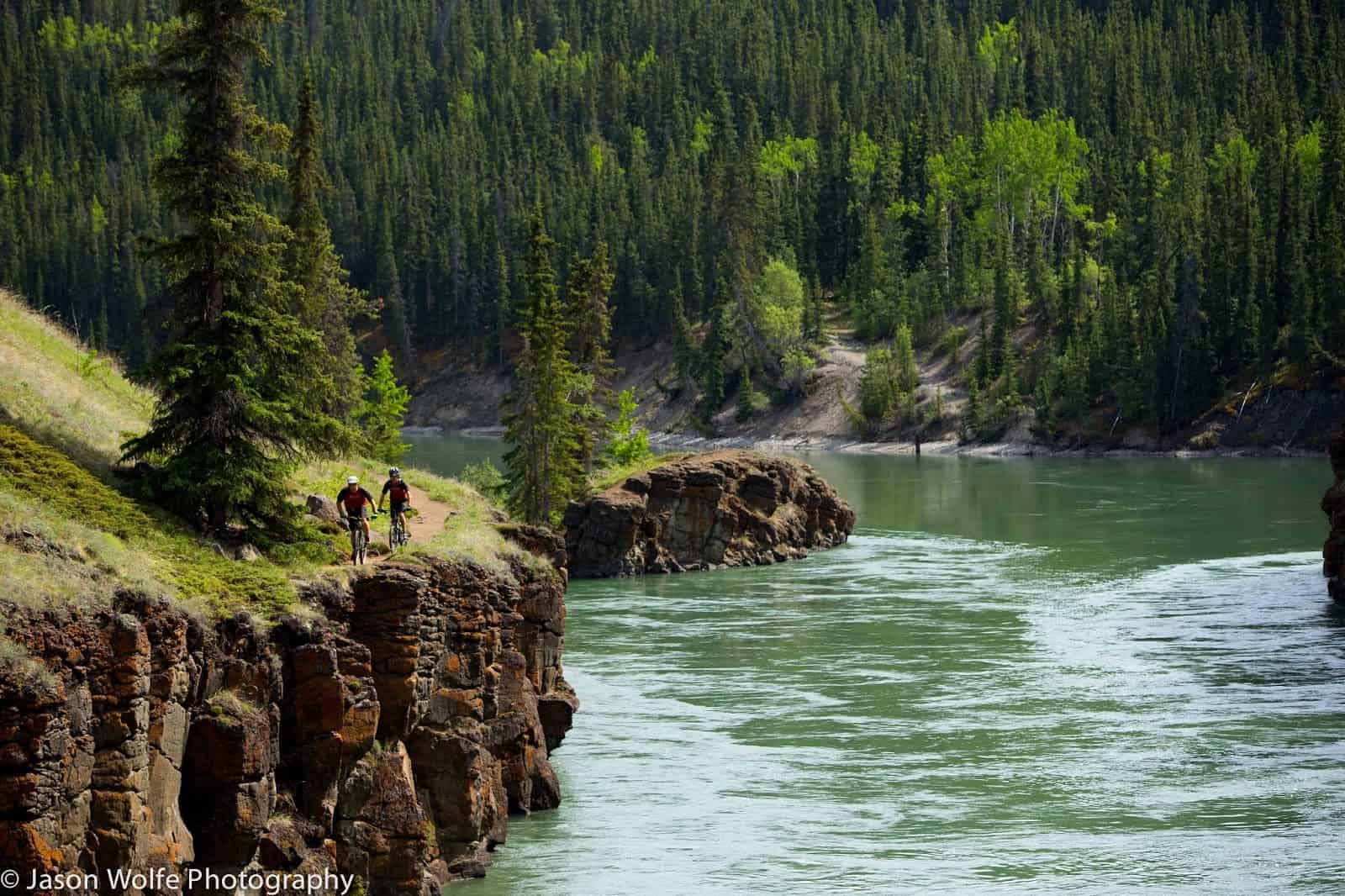 For me, I’ve been bike overdue for a long time, and my trusty steed, a 2006 Santa Cruz Heckler, will finally be retired, to likely be replaced by a 2014 Santa Cruz Bronson (Aluminium, because I’m not made of money nor a weight weenie). This will mark one of the first times in my life that I have spent the majority of my bike budget for the year on “gear” vs. experience.

Mountain bikers are pretty famous for being gearheads. The newest coolest fork, shock, dropper post etc, looks cool and maybe you can even write a review for it for this illustrious site (as I guy I refuse to use the winky emoticon), but sometimes an experience is way more valuable.

The logic is usually that new gear (bike, fork, derailleur) is more durable than a new experience such as a guided bike trip, the gear should last at least a season, maybe several, wheres the guided bike trip is usually over in a matter of days. Those days in my experience, are spectacular, have taken me to some amazing places, met some amazing people, well worth having a truly ancient frame…(all other bits of kit have been replaced aside from the rear shock, which has been rebuilt at least five times).

There are three great biking experiences; one of which I’ve done twice and would like to take another spin at, two of which, depending on the build of the SC Bronson, I might actually get around to this summer. The three are: Boreal Biking, Mountain Bike Oregon and Retallack. Note this is a reasonably biased west coast list, premised on driving to all but one location (Boreal Biking). Suggests of other destination mountain bike trips would be appreciated. Had a friend do a ride down in Peru that looked pretty rad.

I have heard some amazingly good things about this operation from people’s who’s opinions I trust. Riley Macintosh did an excellent piece on it for his Characters series on Pinkbike. Cost wise it seems to be the most-cost effective of the bunch aside from the flight to the Yukon. A friend of mine did the Dan Barham Photo Clinic, which for an aspiring mtb photographer sounds pretty damned awesome. Pictures he brought back were very amazing. And it looks like his eye for a photo improved significantly. See photos – my buddy Jason the amateur took these not Dan Barham and they are pretty damned awesome. Note good scenery makes it easy. 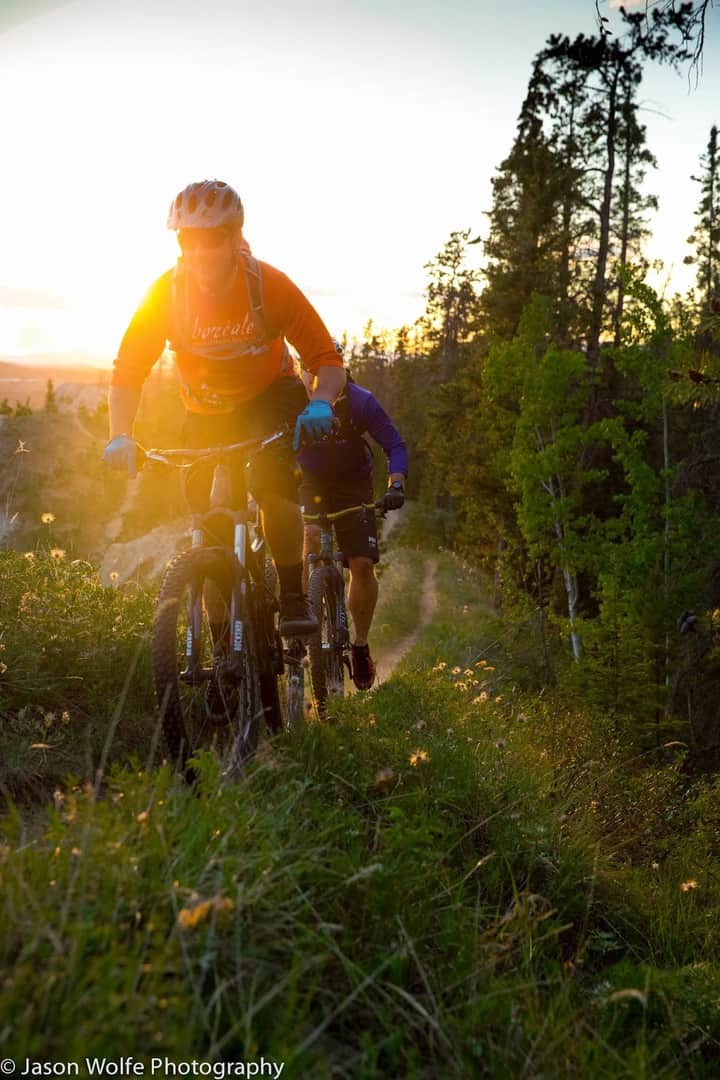 MBO is on my list of boxes to tick this year, finances depending. (Ed note: if only I could find a riding buddy with a valid passport.) I’ve been to Fruita and Moab and had a cobbled together bike trip to Oregon back in 2009, but have been wanted to take a swing at this for quite sometime. My first Oregon adventure was ill timed. Apparently there have been significant investments in the Oakridge area for biking infrastructure since I’ve been there last, also around the Canadian Easter weekend is not the best time, lots of stuff is still snowed in, and truth be told, it was a last minute adventure, I did not do enough pre-research by a long shot. In the documentary Pedal Driven a lot of money has been put into trails in that area since 2009, so I’m pretty stoked on checking out that part of the world and seeing what has been done.

The MTB Oregon thing is in its tenth year and it looks like they have it dialed, also the proximity to many a good brew pub nearby has added appeal. Bikes + a Portland stopover (micro beers, good bands and good food), me thinks makes for a pretty good extra long weekend. Would be very interested in what readers of the Mountain Bike Life had to say about this get away.

Mountain Biking at Retallack is one experience that I can speak to at depth, not just second hand. Of the three, depending on flights to the Yukon, this would be the spendiest of the bunch. I’ve been to Retallck twice for mountain biking (still want to get there for some Cat Skiing, as spendy as the guided biking is, the Cat is almost twice the price), I was their first paying customer for the mountain biking op and brought a few more guys out for a spin in 2012, but had to pass on heading out in 2013 due to a lot of job uncertainty. 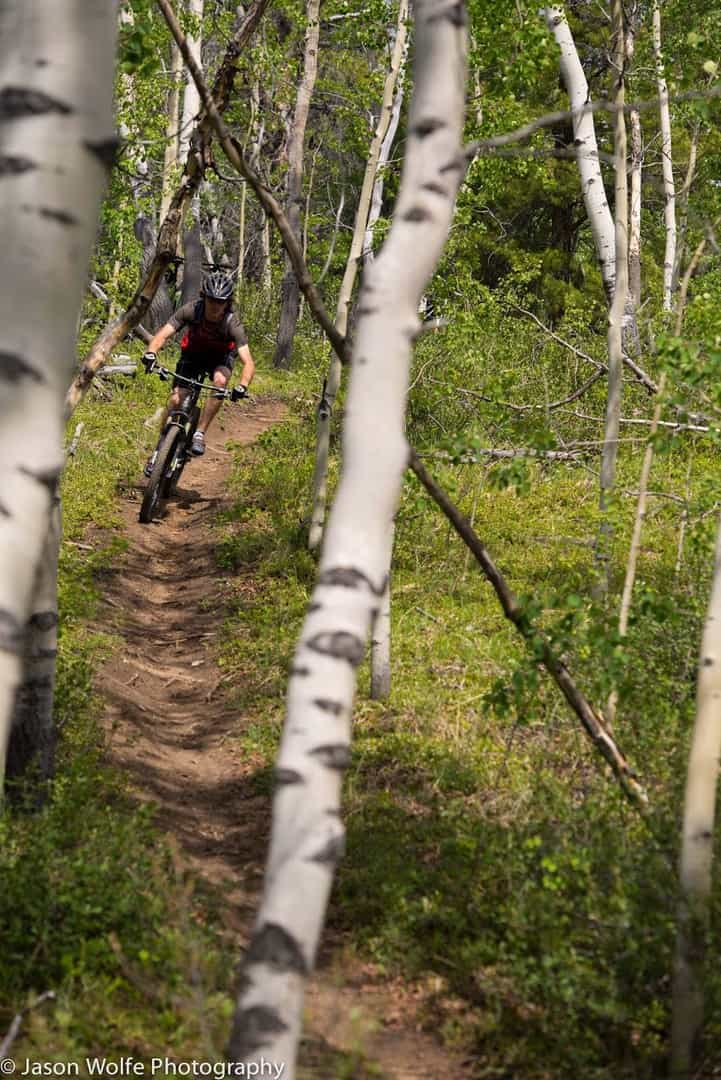 I discovered Retallack was quite by accident, in 2011 I did my annual sojourn to the Kootenays to hang out with friends and seek good dirt and found an ad for Rilor Wilderness Adventures, headed up by master trail builder and all around rad dude Riley Mcintosh.

In 2012, in prep for my annual trip I discovered that Riley had partnered with Retallack Lodge to deliver a back-country mountain bike experience. Honestly there were a few things that I was a little apprehensive about the whole guided mountain bike deal:

3. The Kootenays, especially in the Nelson area have a reputation for being very, very burly, would I be up for the challenge?

Turns out 2 & 3 are kind of inter-related, riding with significantly better riders progressed my riding. I think my riding improved more in 3 days than it did in the previous 3 years (the use of a nice squishy Devinci Wlsn from the Sacred Ride http://www.sacredride.ca/ didn’t hurt either). The terrain was more challenging and complex than what I’m used to but having the guides along, I felt confident and just a little scared, but not so scared that you stopped enjoying things. The guides would suggest lines and highlight features, allowing for me to pin it a bit more than I normally would on the first run of a trail. The trails were very long (Powerslave and the Monster in particular), reps just were out of my endurance and adrenaline levels.

The guides on that trip, Kris Mcmechan, Kevin Landry and Riley Mcintosh were people that I would up becoming friends with. I was honestly pretty intimidated by the prospect of riding with people I had seen in videos and magazines, but they were just really awesome people. One of the coolest things about biking, at least from my experiences so far, is that the really accomplished riders, for the most part are cool people. Usually in sports, good athlete = douche, mountain biking bucks this trend.

Exploring is fun, getting lost…. not so much. Having experienced guides that know the terrain, that can tell you where features are or give you some insight into the lines makes the ride a hell of a lot more fun.

The lodge was pretty darn sweet, super comfy beds, a freakin’ hot tub (how did I ever do long riding days without this?), good beer, and the food was stellar, the chef, Yves, a fantastic dirty Frenchman in the culinary tradition. Yves is now a head chef I believe with Mica Heli-skiing. So some top notch chow without the usual pricetag.

Highlights of the Retallack thingy, aside from the great accomm and food are the trail right behind the lodge “Punch it Chewie,” a nice ribbon of single track with some sweet but not too scary built up features and some fantastic flow. The lodge I think has a different name for the trail, but i’m going to call it “punch it chewie” becuase
1. That is a rad trail name
2. There is a story to it (we had a guide named Lando, a shuttle driver named Lia, and Riley does kind of look like a shaved ginger wookie).

The other highlight is a heli-assisted shuttle to the top of Powerslave. Which starts on the top of toad mountain and goes all the way to Kootenay lake. Powerslave and Punch it chewie are both top five rides for me, and I’ve ridden in a hell of a lot of places.

I’m really curious to see what the folks at Retallack have been up to. Riley has moved back to Vancouver Island, and is in the process of making trails in the Cowichan area more awesome. I don’t know what the new trail crew is like at Retallack, but so long as they have people like Kris and Kevin around I’m sure they are in good shape. There is just a massive amount of terrain to play with in that the Retallack op has that they can legally build a trail on. Finances and time off depending I will try and swing by this year for a follow up report.

I really hope Retallack sticks to the back-country MTB plan, it really reminds me in some ways of the Selkirk Wilderness Cat Skiing op, at least in terms of being at the front edge of something very cool. As riders like myself get older, we can afford (hopefully I can say this about myself sometime) both new gear and new experiences.

Sure that new fork or dropper post may look cool, but trust me on this the experience is well worth it, new trails, new vistas and new friends.