Richmond, VA.  February, 2014.  The ground has been wet since June.  It has been one of the wettest years in recent history and that’s not just me pulling figures out of the back pocket of my jersey.  You can look it up too!  Some figures from an old article on Earthsky put this region over the annual rainfall average as of August.

What I’m trying to say is, I haven’t been riding this winter.  According to Strava, I have logged 7 rides since January 1st and those were all road rides.  That’s about when it gets really cold here in the mid-atlantic/southeast region and subsequently when I find my bibs at the bottom of the clothes pile.  All this rain and snow wreaks absolute havoc on the trails, so it’s not all me being a cold weather wuss, okay?  Everything is wet and gross.  No real snow accumulation, no dry dirt.  Mid-atlantic/southeastern winter.

Here’s what’s wrong with winter in my area:

1.  Mud.  Don’t get me wrong, I love getting muddy but it’s just not good for the trail systems.  Tough rubber carving and slicing through the winding, muddy paths not only bores the ground out, it widens the paths.  Wider paths make for boring singletrack and riders tend to ride around the sinking areas, further eroding the plant life surrounding the trails.  When you start destroying the parks systems, all the suits take notice and trails get closed.  Boo.

2.  It’s cold, but not cold enough.  Think January and February are here to bring us a winter wonderland?  Think again.  While the Northeast and Midwest are shredding gnar with fatbikes in the snow, we’re down here pretending that our 1.5 inch dusting will hold out long enough to snap a #snowlife instagram picture.  Guilty as charged. 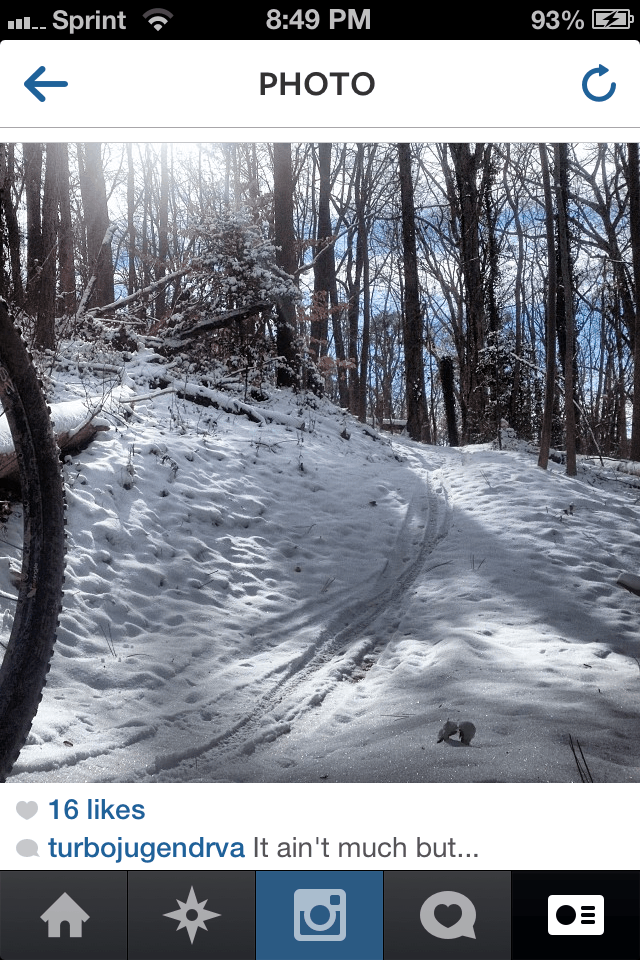 3.  Black ice.  Of the few gnarly dudes (and dudettes) I know who brave these temperatures every year, sometimes the gnar catches up to them.  A friend and local shop owner slipped on some ice on his cross bike, went down and snapped his tibia and fibia right in half.  He estimated his speed at the time at a measly 10mph.  Now he’s off the bike for a few months while the titanium rod settles into its new home in his leg. 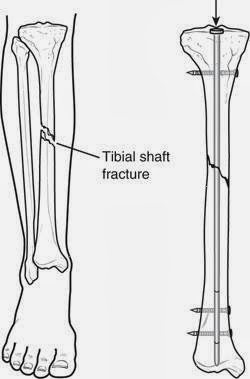 4.  Cold rain.  There’s nothing worse.  Internet bandwidth throttling, ivory poachers, Curling, the Cleveland Browns, cold rain.  In that order.  Since I’m forbodden on the trails, I’m making extra efforts to keep all my commuting to my Kazane track bike.  All this melting snow and ice keeps our roads permanently wet.  Levi Commuter jeans and a Chrome jacket can only help but so much.  Rain in the summer is a refreshing, child like thing.  Rain in the winter reminds you how much more fun the people living 50 miles north are having in their winter wonderland.

5.  Frozen pipes.  I’m writing this from a newly minted, 1 bedroom apartment.  My last house subcummed to the worst winter disaster: a burst pipe.  I came home one afternoon to the sound of a Niagra waterfall.  I went down to the first floor and found my abode under a few inches of water.  Long story short, I’ve been living in and out of storage units for the majority of 2014 and my precious two wheelers had no place in my life but locked behind a thin metal garage door.  Leave your faucets dripping, kids!

So, until March I will resign from my saddle dreams and enjoy some local trail videos from the comforts of my couch.  Like this one from local cycling group RideKore getting dirty on Forest Hill.