As some of you may know I was without a bike for quite some time because of mechanical issues with my rear wheel. You may have also seen how I can get when I don’t get to ride, it’s not a pretty sight. So when I went to Sooke Mountain Cycle to talk bikes and help a buddy pick up his new ride I was more than surprised when the owner handed me a brand new Giant Trance X to ride till the parts I was waiting for came in. I even called him the next day just to make sure that I was not dreaming and he verified that I was to ride it like it was mine and then return it when I get my bike back together. Wow. I was amazed at this level of service and am really grateful to SMC and Lorien for getting me back on the trail.

The Giant Trance X 2 that I rode is actually last years model, but the geometry is unchanged from the 2014 model. Actually it looks like almost the same exact bike, the only real difference is 2013 was SRAM drivetrain and for 2014 they went with Shimano, other than that the suspension is still Rock Shox with a Recon Silver in the front and a Monarch hold up the squish duties in the rear.

The drive-train on this bike is a mix of SRAM X5 and X7, with the braking duties being done by some Shimano Acera M395 stoppers (F 180mm / R 160mm). The rest of the components are handled by Giants own house brand.

I had no complaints about the Giant components, they work and are not ugly and at this pricepoint you can’t really expect much more than that. The drive-train shifted flawlessly during my time testing it and the brakes worked pretty good…never felt like I needed more, they are not super strong but for most riders they will get the job done.

For my riding style and preferences, I would prefer to see a shorter stem and wider bars. This would usually be really easy to swap out, but Giant uses their own head tube size standard and hardly anyone else uses it. Because of this the stem clamp is not a standard size, so you are at their mercy if you want to change up your stem.

I have always thought Giant offers some of the best bang for the buck in the bike industry and this bike proves me right. You wont get any high end components on this bike, but for under $2000 you get a bike that will get you out onto the trails without having to worry about upgrading anything right off the bat.

Let me start this off by saying that I am a larger guy, 6′ 4″ and 260lbs in my birthday suite, check out my profile for more info.

The first thing I noticed when setting up the suspension was that in order to even get close to the recommended sag I had to put the max pressure in the Monarch rear shock. This was a bit shocking as I have never had to get close to the max pressure in other bikes I have ridden. Even at max pressure I was still sitting at 30% sag. I don’t know if a better shock would help this but just be warned that if you are a larger rider you may want investigate this further.

The front shock was pretty straight forward, just put the right amount of air pressure in and your done. The only funny thing about Giant is that they do not provide pedals on any of their bikes. This allows people to put their own pedals on, but it also just increases the cost of the bike and makes it tougher to get a test ride in straight out of the shop. Once I bolted my trusty Straitline pedals on I was ready to hit the trails.

Most rides on the island start out with nasty climbs to the top of the mountain and then fun flowy and technical trails down. As I started pedaling up the access road I noticed a bit of bob, this is probably because of the sag issue I was talking about earlier. The bike did not feel like it was climbing as well as my Banshee Prime, I would love to ride this bike with a better rear shock to get the better idea of how it feels.

When we got to the singletrack climb I did notice that the front end was a bit light, not so much that it wanders all over the place, but enough that it is noticeable. This does allow you to place the front wheel just about anywhere you need when things get slow and technical, but you do have to pay attention to your weight distribution when things get steep.

29ers are not really known for being playful, but the Giant Trance X 29er loved to pop off roots rocks and jumps. It really comes alive when you point it down the trail. I rode everything I have ridden with more aggressive bikes and had a blast doing it.

I did notice a few things I would change up, first is the forks, they just never felt as good as the rear end. The Maestro suspension design on the Giant Trance X 29er is great…just gobbles up the trail and the poor little Recon Silver is just not up to the same duties as the rear. To be fair, at this price point you really can’t ask for more. It will get the job done, but just felt a bit harsh compared to the plush rear end on the Trance.

I took it off a few little two foot drops and it handled them like a champ, it railed the berms and ate up the tech rooty rocky trails that the Island is known for.

I have heard mixed reviews for the Schwalbe Nobby Nic’s, I think the tread pattern is good, but the rubber they use on these OEM tires was horrible. Any rock or roots and the tires lost all traction, my usual tires are not sticky, but these tires just slipped at the mere thought of rocks and roots. In straight up dirt, they felt great. They were predictable, climbed well and felt solid when braking. I think tires are one of the most important contact points on a bike, you may want to upgrade these ASAP if you have the chance.

I don’t think you will find many bikes under two grand that are better than the Giant Trance X 29er. Is it perfect, no…but it is a fun bike that is basically ride ready straight from the shop. 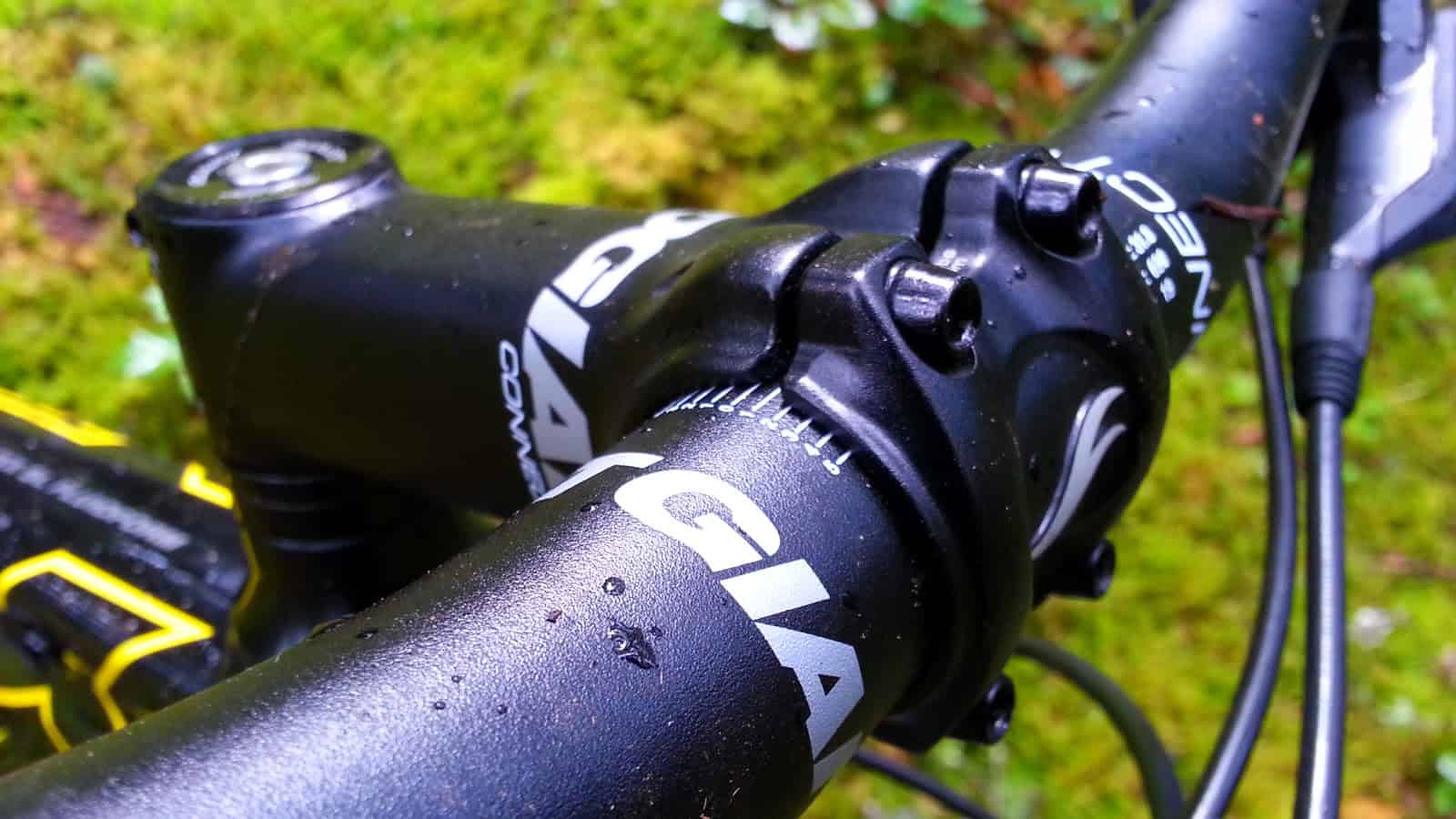 As it comes from the shop it will be fun and as you grow into it you may want to look at putting a shorter stem and wider bars. If you notice that the tires are not doing it for you, maybe swap them out for something that works good in your region. Your LBS will know what works best for your riding style and terrain. After that, I would look at the suspension…but that starts getting very expensive. The suspension on the Trance X 29er will get the job done, but if you want something better maybe check out the other models, they are a bit more expensive but still good bang for the buck.

I really had a lot of fun on this bike, and the things that I found wrong with it are pretty nit-picky and for this price point you will end up with a great bike that will last you for years to come.

For a full rundown of components, geometry and price check out the Giant website.

Thank you to Lorien and Sooke Mountain Cycle for hooking me up with this ride while my bike was down for the count. This is why our local bike shops are so important to our community, you won’t get that type of service from an online shop. It’s good to build a relationship with your LBS and this is one example of why…long live the LBS! 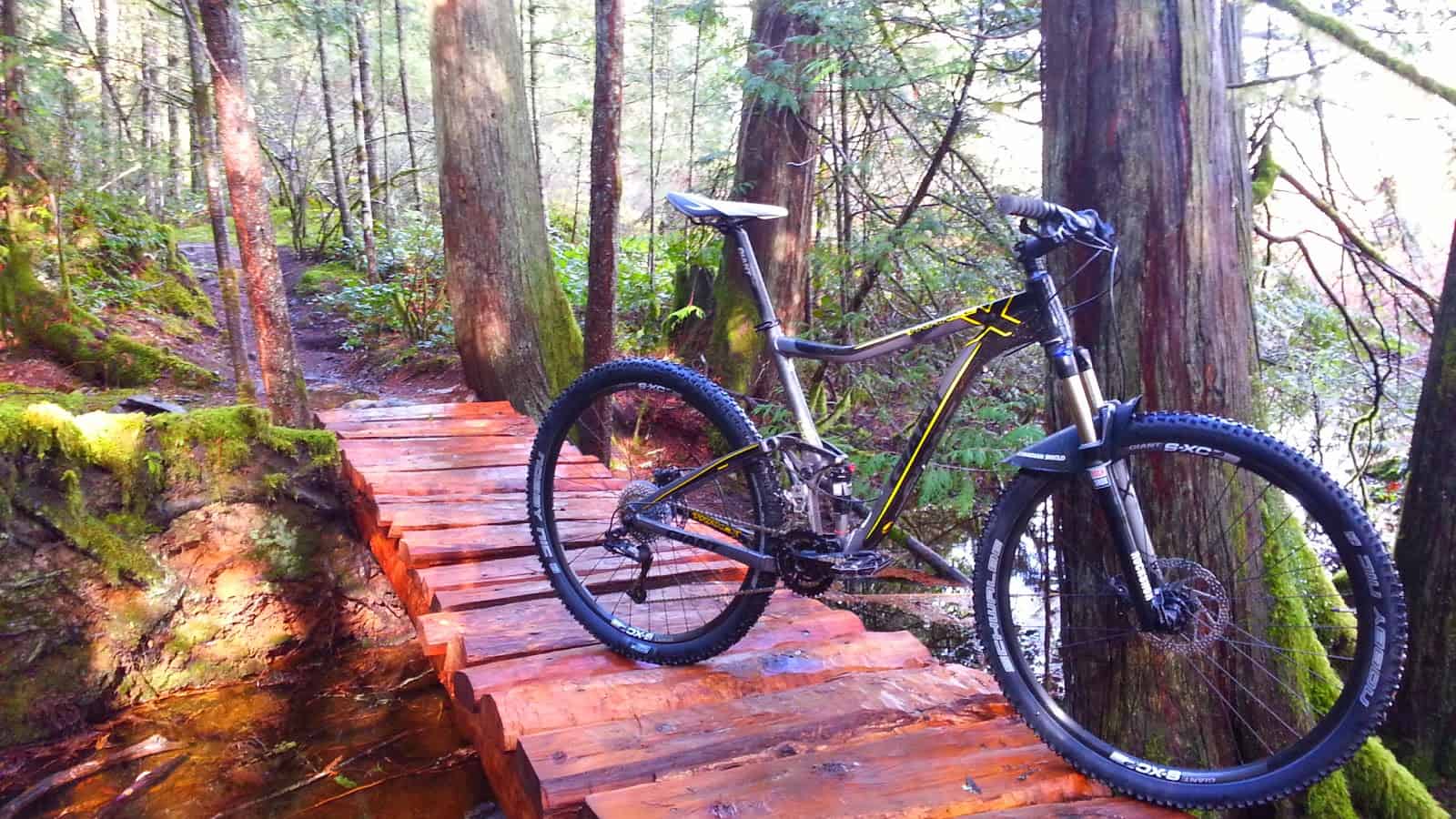