The Alaskans first figured it out: fat is an essential ingredient to surviving the long, cold dark days of winter. Word spread and folks in the eastern US have been gobbling up fat in droves. In the West, the trend to go fat is picking up steam but in the Pacific Northwest, fat is still a rarity. Are we afraid to be seen fat? Or is it because staying skinny is good enough to last through our winters? I decided to indulge in fat over a couple weekends to see what the fuss was all about.

With no place in Vancouver to rent fat bikes and wanting to ride in real winter conditions, we headed to Pemberton where Bikeco offers a fleet of Surly Pugley Ops to lessen the cabin fever of die hard riding folks during the snowy winter months. My husband was kitted out with a Large (he’s 6’2″) while a Medium fit my 5’5″ frame with enough standover. The winter weather and terrain obliged our goal of riding variety: from compact snow/ice on rolling trail to steeps under -12C sunny skies and a backroad in a blizzard.

A lot has been written about fat bikes and fat biking. What we experienced on our three days of riding is very similar including what’s covered in 10 things you need to know before biking in the snow. Here are some observations or lessons we learned.

1. Spikes for the hike a bikes

The knobby tractor tires provide pretty amazing traction on the icy flats and snowy climbs. Once you get in to the more steep stuff where the engine no longer has enough torque to turn the fat tires round, it’s not a big deal to push these slightly heavier bikes uphill. The problem becomes what you have on your feet – slippery soles cause no end of grief trying to keep you and the bike upright. Wear really knobby boots or bring microspikes.

The appeal of fat biking is the balloon-like tires that help you to ‘float’ across the snow and other terrain where skinny tires would sink. The 3.8 inch tires on my Pugsley carried my 140lbs over fresh coastal powder and crust-topped snow with little problem. Different story for my 220lb husband: he regularly broke through the crust of the days old snowmobile track we followed in to the backcountry, including one spectacular ten foot superman when he was stopped dead by the front tire sinking to the hub. He’s thinking a Moonlander with it’s five inch tires would be the way to go for him.

3. Year round riding is possible

Rain, mud, sand, snow, polar vortexes: the fat bike provides no excuses for not being able to ride a bike year-round. Just be prepared for the conditions and get out there.

Like powder hounds seeking virgin snow, fat biking can get you hooked on making first tracks (funny how mud does not solicit the same urge). The untouched snow beckons you to roll forward and make your mark as an explorer of a fresh, new world.

After being out on the fat bikes a few times, you realize a door has opened to a new realm of riding possibilities where skinny tires would be challenging or a no go. Backroads exploration in the winter. Multi-use winter trails. Marshy trails to ‘float’ over. Winter commuting to work. Beach sunset rides. Or your favourite backyard trails when covered in snow. 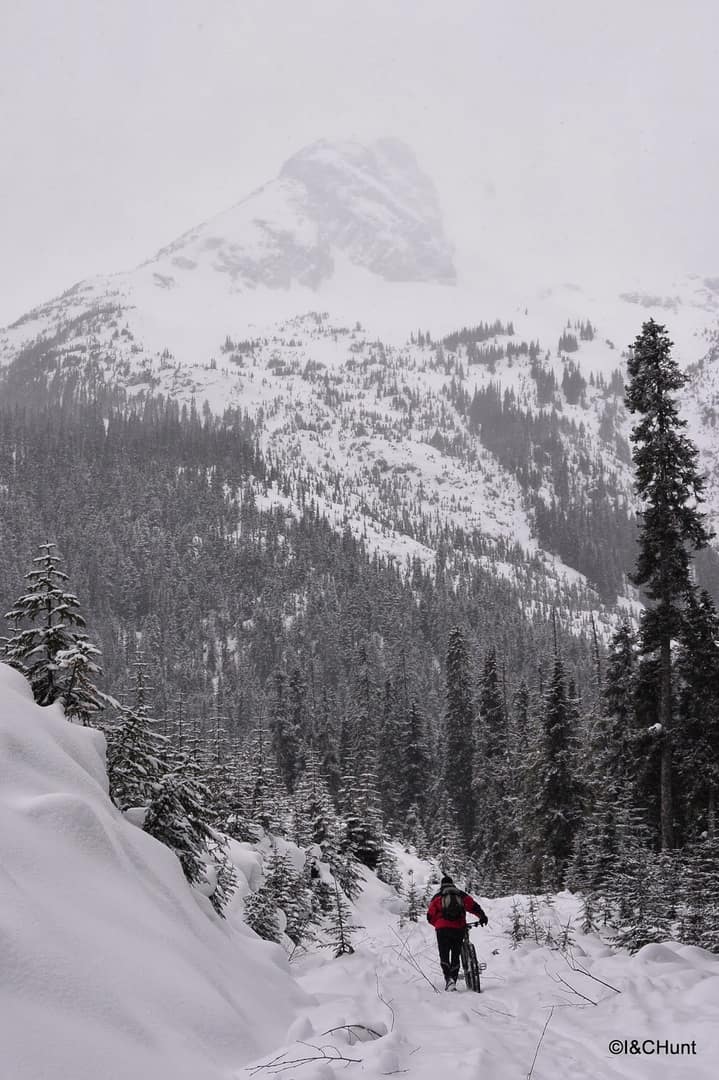 Fat bikes are fun. They offer a fresh take on an old sport and open up four-season riding options in one package. It’s tempting to buy one. Do we really need these bikes in our quiver? No but just like skiis, you have different models for different conditions. Fat bikes would be an alternative winter sport for skiing and snowshoeing and are the ticket to riding where our skinny bikes would be slow or a no go.

As for Pacific Northwest folks and the lack of fat bikes: they aren’t afraid of fat, they just don’t see a need beyond the skinny.