Heidelberg’s Finest Mountainbike Trails is a collective of riders from Southern Germany. We are all around thirty and we spend a lot of time on our mountain bikes. And we spend too much time in front of our computers. Back in 2011 we’ve seen this video of Max Schuhmann riding in the Karwendel, a northern range in the Alps.

No doubt about it: it’s one of these Internet movies that make you wanna jump on your bike asap. Amazing trails, stunning scenery, impressive skills combined with good music and nice editing. For us it also triggered a diffuse feeling like ‘hey this looks though, trails are exposed, but hey I could do that section and that one.. OK I am going to carry my bike at this point but whatever’ and we wanted to benchmark our level of riding against the rider in the video. 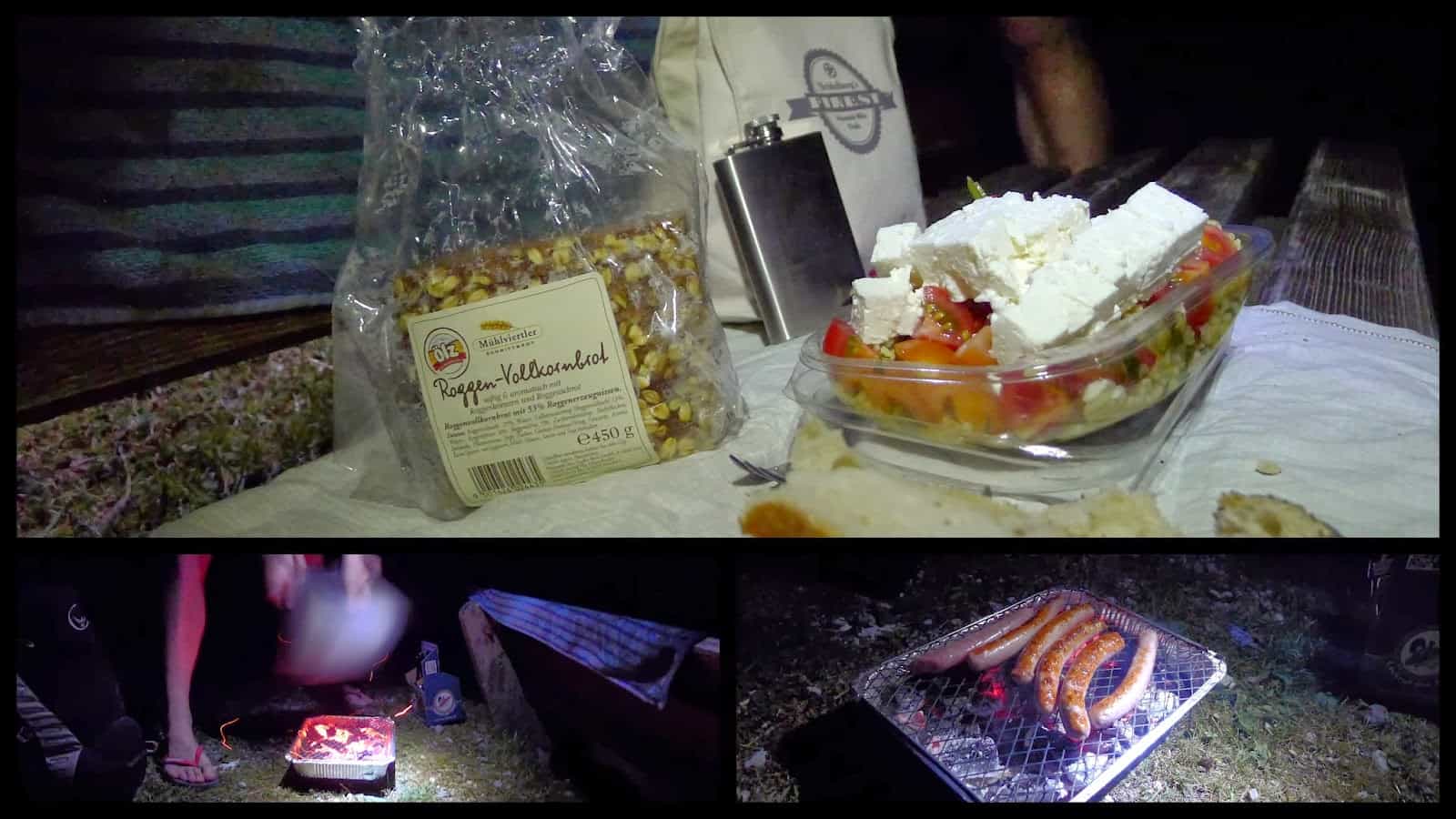 We’ve done plenty of mountain biking in the Alps: day tours, bike parks, multiday excursions – some pretty technical and exhausting riding but we never came to the point where we could not go any further and presumably we were secretly looking for this experience.

In early 2012 we started to plan our very own attempt to do as shown in the video. It took us some time to research the exact trails but with www.kompass.at and www.maps.google.com we eventually found out. We discussed our plan with a couple of riders of Heidelberg’s Finest Mountainbike Trails but only two were crazy enough to join the mission.

Our 2012 attempt had to be canceled last minute but in 2013 we eventually managed to agree on a date and Mark took the train South from Heidelberg and Andi drove towards Mittenwald by car from Salzburg. Over a year had passed since we committed to ride this trail, we’ve seen the video over and over again, and now project Karwendel finally got started: we were more than excited. 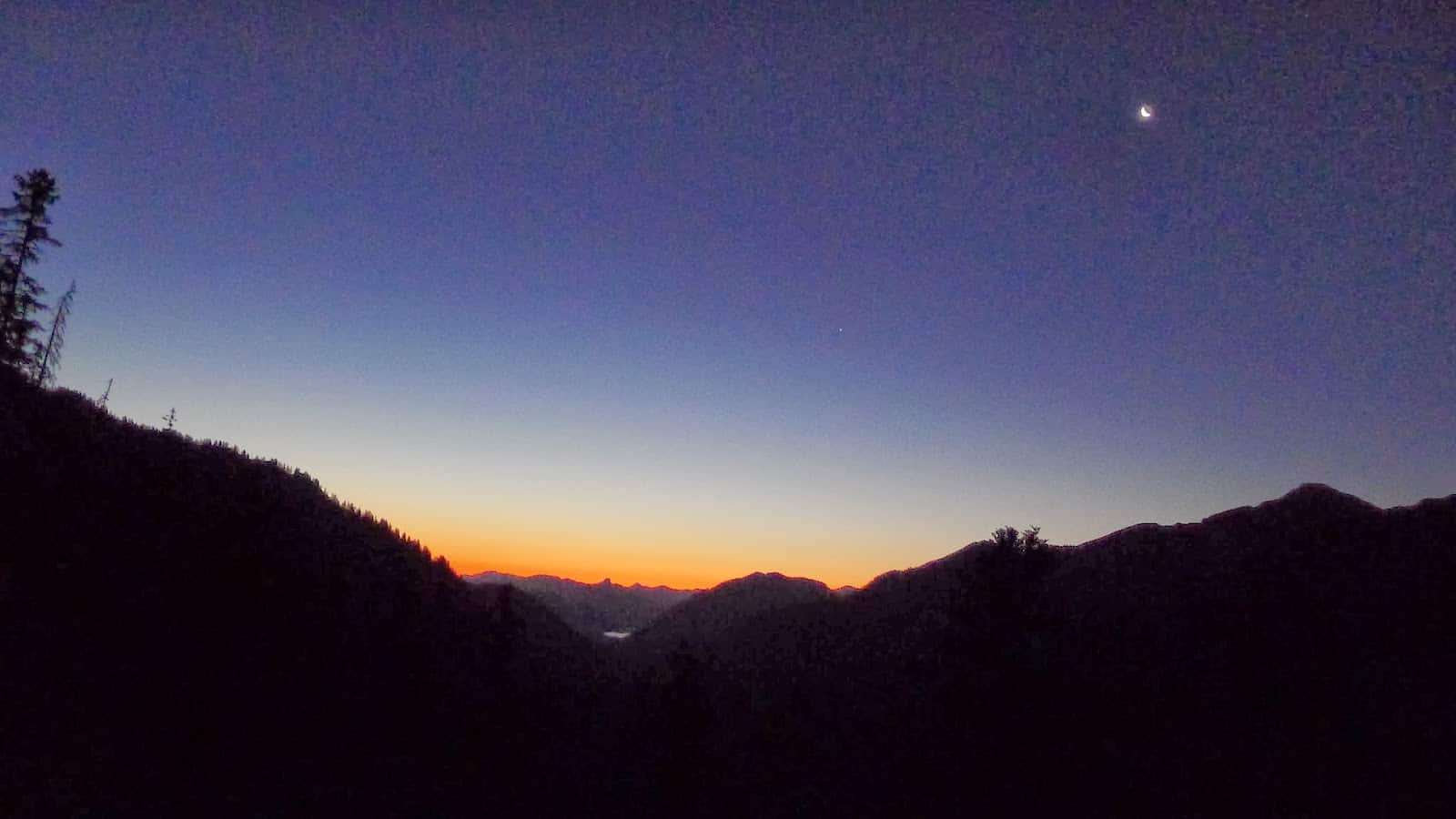 We arrived at the trail head around 9pm. We set up camp on a beautiful spot overlooking the valley and had a BBQ with sausages from Heidelberg’s finest butcher, salad, and cold beers from the local brewery.

Our plan was to be above the tree line for sunrise so we set out at 3am. The first part of the climb was on a well maintained fire road and we made very good progress while it was pitch-black. At the break of dawn the uphill turned into a tricky trail. We brought our head lights so it was OK even though we shit our pants at the most exposed sections which were not equipped with wire rope. Unlike shown in the video we ended up pushing and carrying our bikes for the most part on that section. 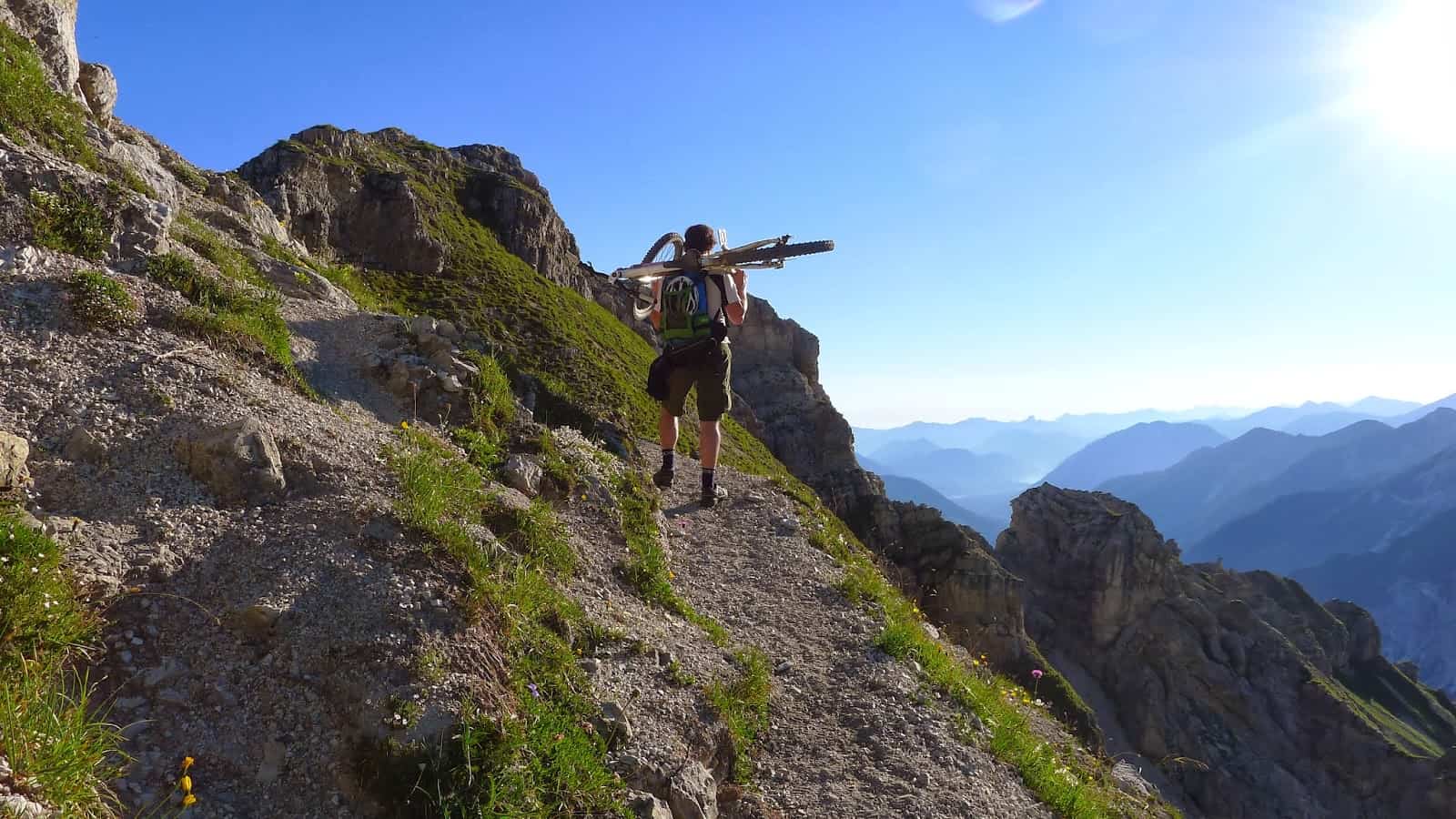 We kept up with our plan and were above tree line for sunrise. This was truly amazing and definitely worth getting up in the middle of the night. Eventually the trail got less exposed and we even managed to ride some sections before we had to start carrying our bikes for the very last steep bit of the uphill. We arrived at the summit around 7am and had a brilliant breakfast. Being out in the mountains that early definitely added a lot to our experience. On the one hand the light of the early morning was beyond beautiful and on the other hand we had the summit which is usually a very popular destination pretty much for ourselves.

So far so good. On the uphill we ended up pushing and carrying our bikes more than expected but we were still in time and stoked to test ourselves on the downhill. Side note: We originally brought 2.5l of water each; by the time we started the downhill we both had 0.5l left. Apparently we both drank way more than usual… 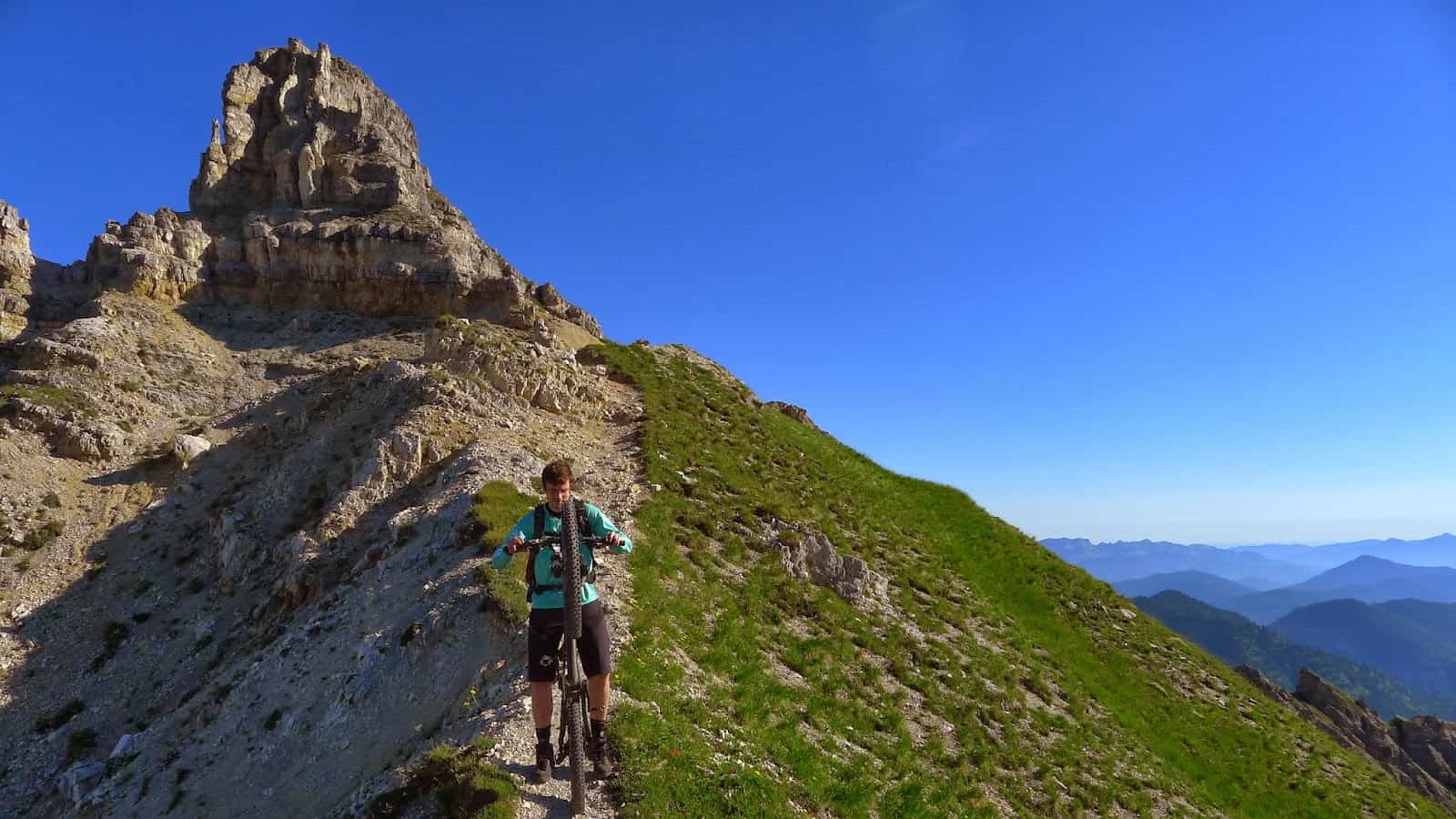 The first part of the downhill turned out to be unridable for us. We ended up pushing our bikes over an exposed ridge trail and carrying our bikes up and down little climbing sections for another hour. By 9am, i.e. six hours into our tour, water was running out and we were not able to ride a single meter of trail downhill. We also doubt that it is possible for a human to ride significantly more than the 50 meter nerves of steel section on a terribly exposed single track which is shown in the video. 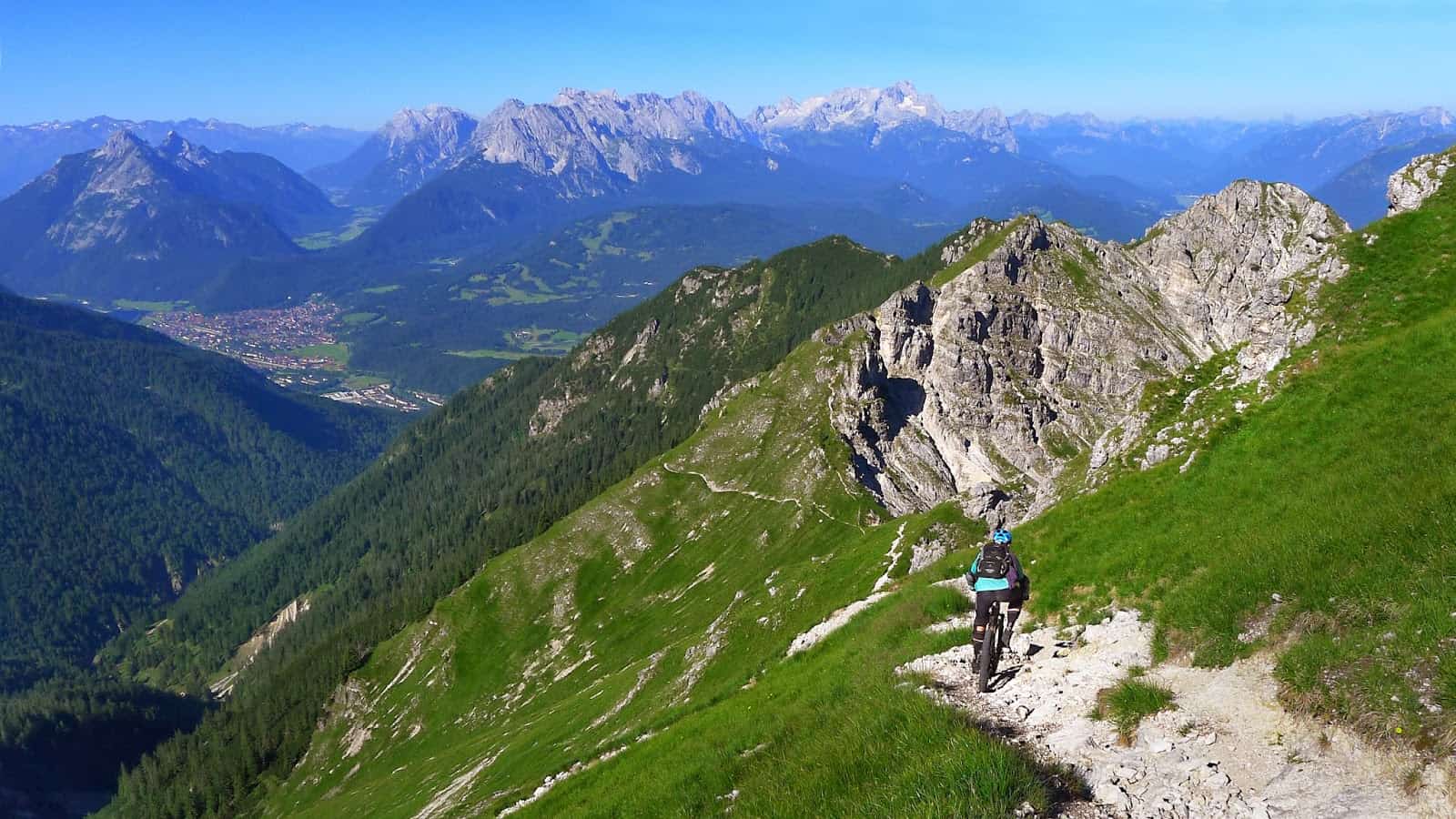 Now we came to the point where we thought we could actually start riding but we were already dead beat and there was no water to refuel. We ended up slipping and sliding down most of the trail where Max Schuhmann was celebrating his skills. For the bigger part of the downhill we only rode for a couple of meters before we had to get off the bike to carry over tight and steep switchbacks on coarse gravel. It took us hours to get back to the trail head just to find out that Mark forgot his glasses 400 meters of elevation gain higher on the trail. 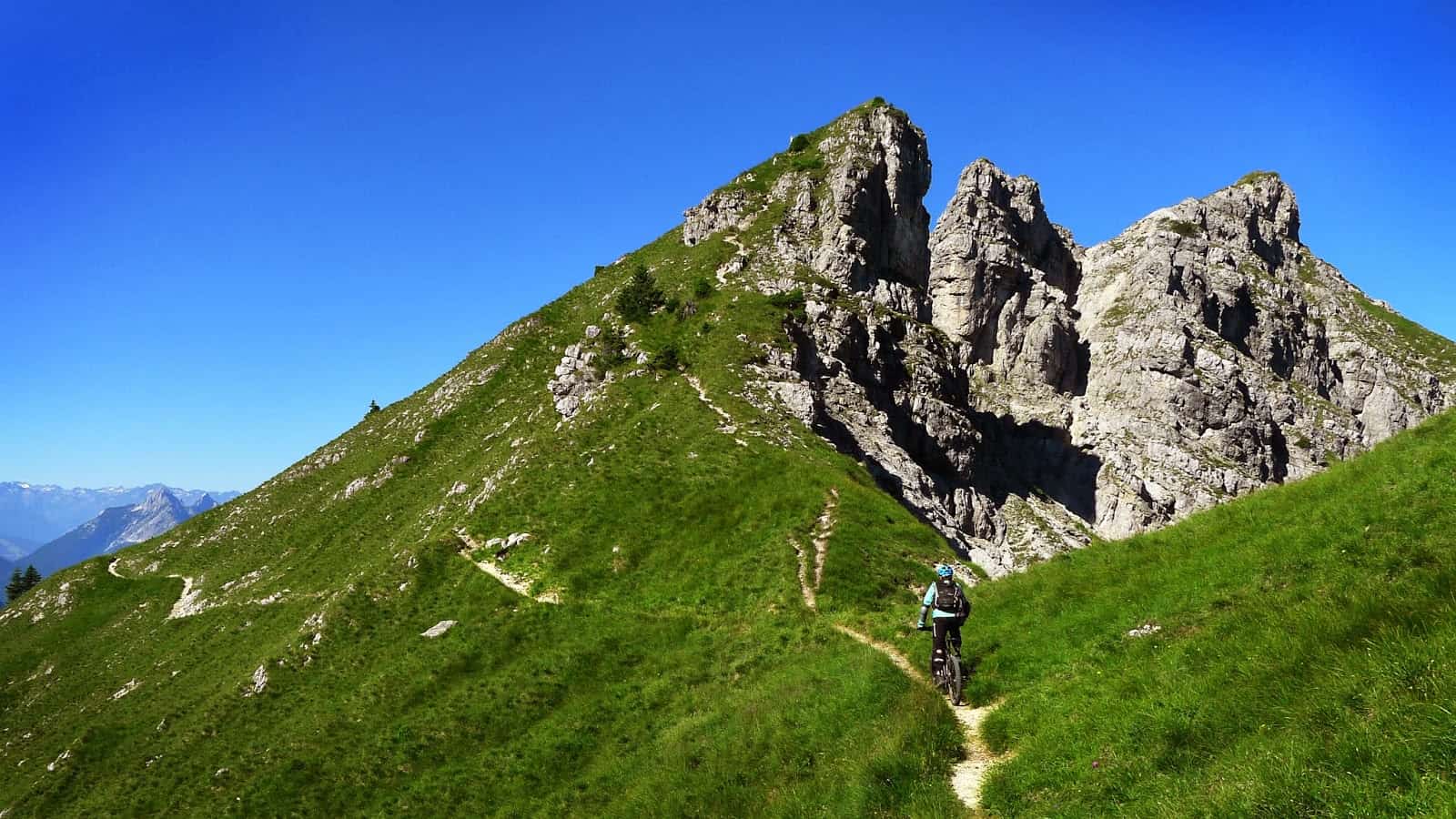 Looking back we have to admit that Max Schuhmann is the better rider; we cannot compete with the skills demonstrated in the video. We did not rock the trails up and down. For the first time, we faced a true challenge and struggled during a lot of sections. We had to fight during the climb and we had to fight during the descent but eventually we made it back safe and sound. You can call this undertaking neither a full success nor an epic fail. Somehow it feels like an achievement and we sure had a blast. The BBQ, the sun rise, the summit panorama, and the company made our day. You never regret going.