Winter Riding in the Prairies

Winter Riding in the Prairies

Having recently relocated from the north shore of Vancouver, BC to Saskatoon, Saskatchewan I was not looking forward to the long winter. Biking in the snow, ice and extreme cold sounds daunting and very unappealing to most. However, after the first major snowfall hit the city in mid October I began to notice a new breed of bike around the city nearly everywhere.

The “Fat bike” is a beast of a bike set up specifically for these winter conditions. Extra wide tires make riding over ice and snow feel as smooth and safe as you would on a mountain bike riding on dirt, and guess what? It’s a lot of fun. 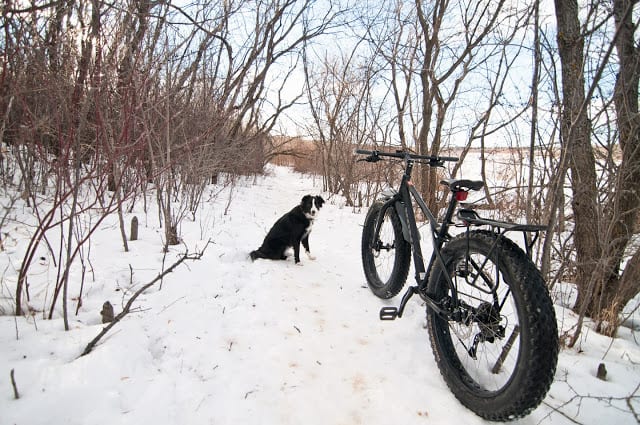 Fat biking started out as a very niche sport but over the last three years nearly every major mountain bike company has created one for their own line of bikes, including Walmart releasing an attempt. In cities like Saskatoon they can be seen being ridden daily by commuters in -20c temperatures and on the weekends the local mountain bike trails are being ridden by dozens of people on fat bikes. 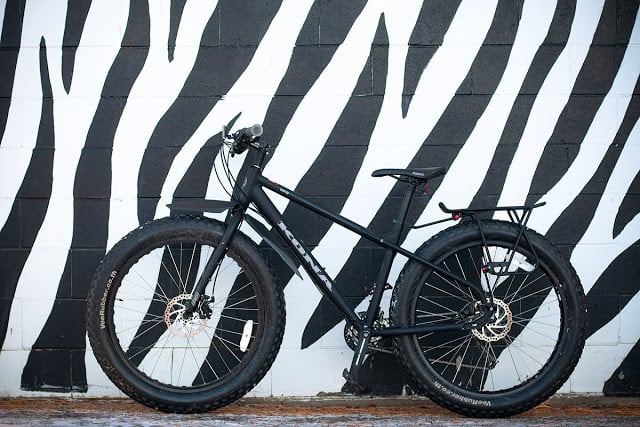 Every bike shop in town has a fat bike for sale and Spoke’n’Sport was generous enough to let me take one out for a few days. The Kona WO was extremely stable and floatie on nearly every obstacle I encountered. I rode it on flat glaring ice as well as singletrack trails I can normally fly through on my 29er. On the fat bike I was able to ride through roughly 90% of the trail and the only spots I had jump off and push were a few extremely steep sections that were covered in shiny ice. I must add, that appropriate winter riding apparel is a must and I regularly see people wearing ski goggles to work on their commute. 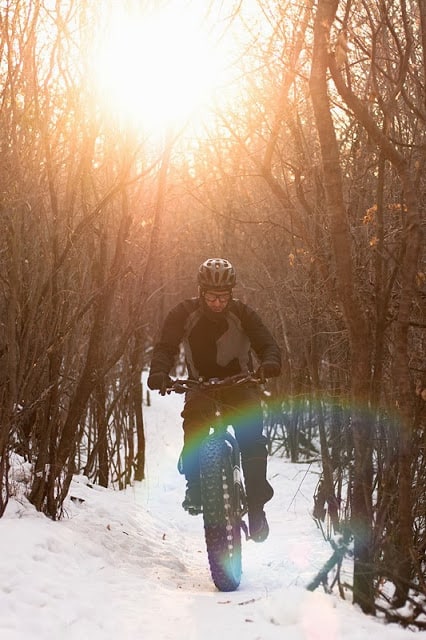 With the increase in demand and more bike manufacturers entering into the market, the prices of these bikes will continue to drop and the winter sport will continue to grow. If you get a chance take one out for a ride this winter, I guarantee you will have a blast. 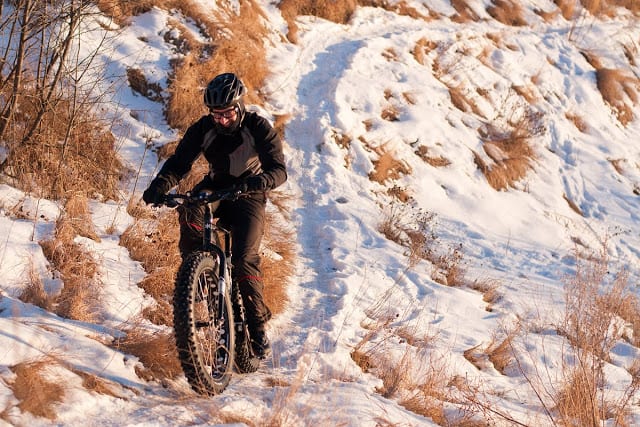