Once again the North American Handmade Bicycle Show is upon us. This annual bacchnalia showcases the most beautiful rides made by incredibly talented artisans, alchemists who are able to forge base elements into some of the most perfect machines on the planet. For a few days each year Builders come together to show the world the ever-blurring line between form and function, between utility and art. I attended the show last year in Denver. It was a dizzying carnival of the highest-level cycling geekery, a circus and a museum and a pagan altar upon which the most beautiful of cycling’s wares were placed and worshipped. While the show welcomes a variety of industry professionals; component manufactures, advocacy organizations, and others, it is the framebuilders that steal the spotlight. 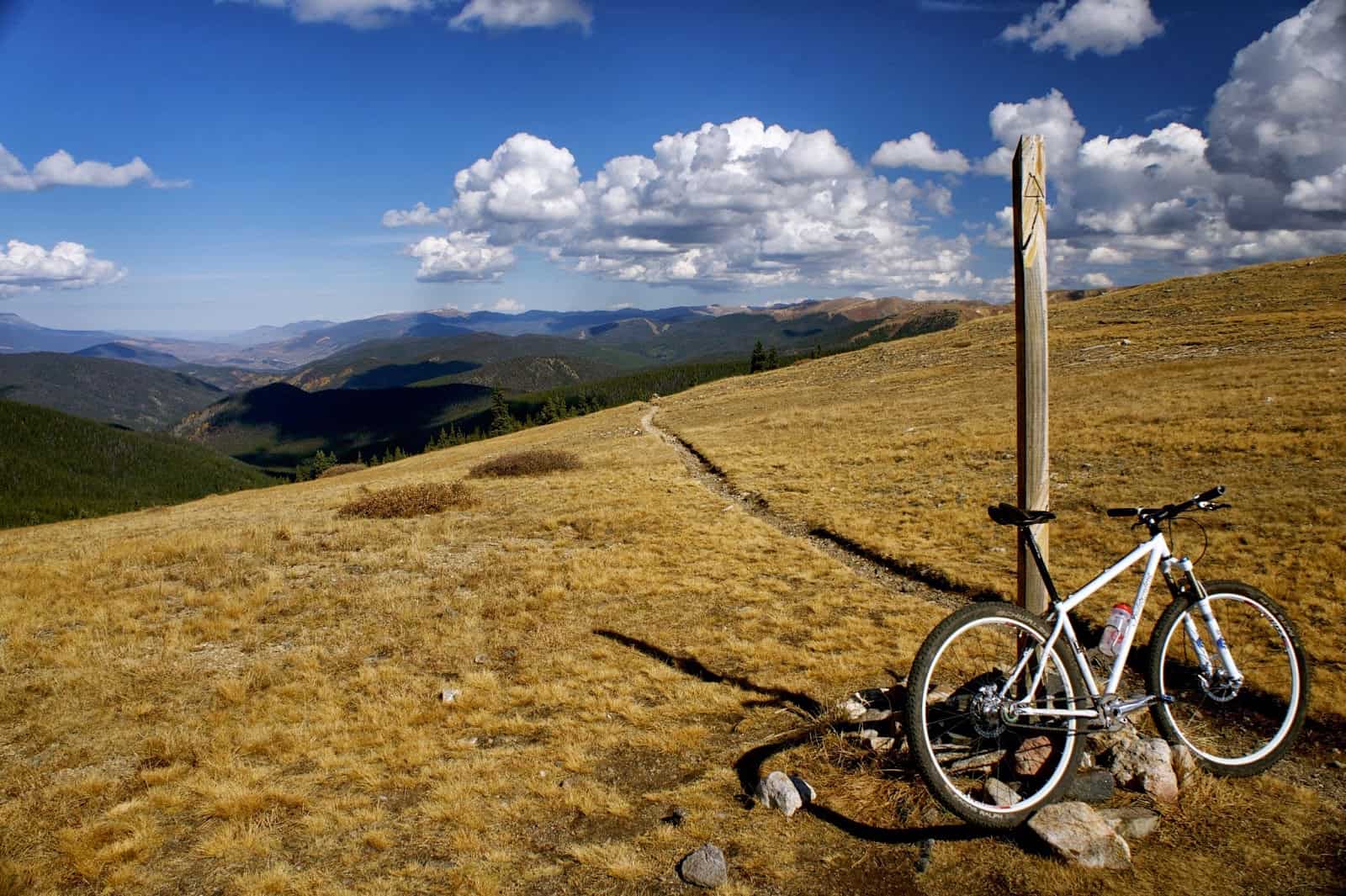 A custom frame is the ultimate in cyclist vanity. There is a wonderful illusion in the notion that one is at such a level, not just in physical ability, but in kinesthetic discernment, that the most logical satisfaction of one’s cycling needs is a bicycle built for one. An entirely unique animal bred specifically to one rider. A custom frame owner must be convinced of their own unquestionable palate like an bicycle sommelier; able to savor the most infinitesimal idiosyncrasy and appreciate this beast exactly for both what it is and is not. 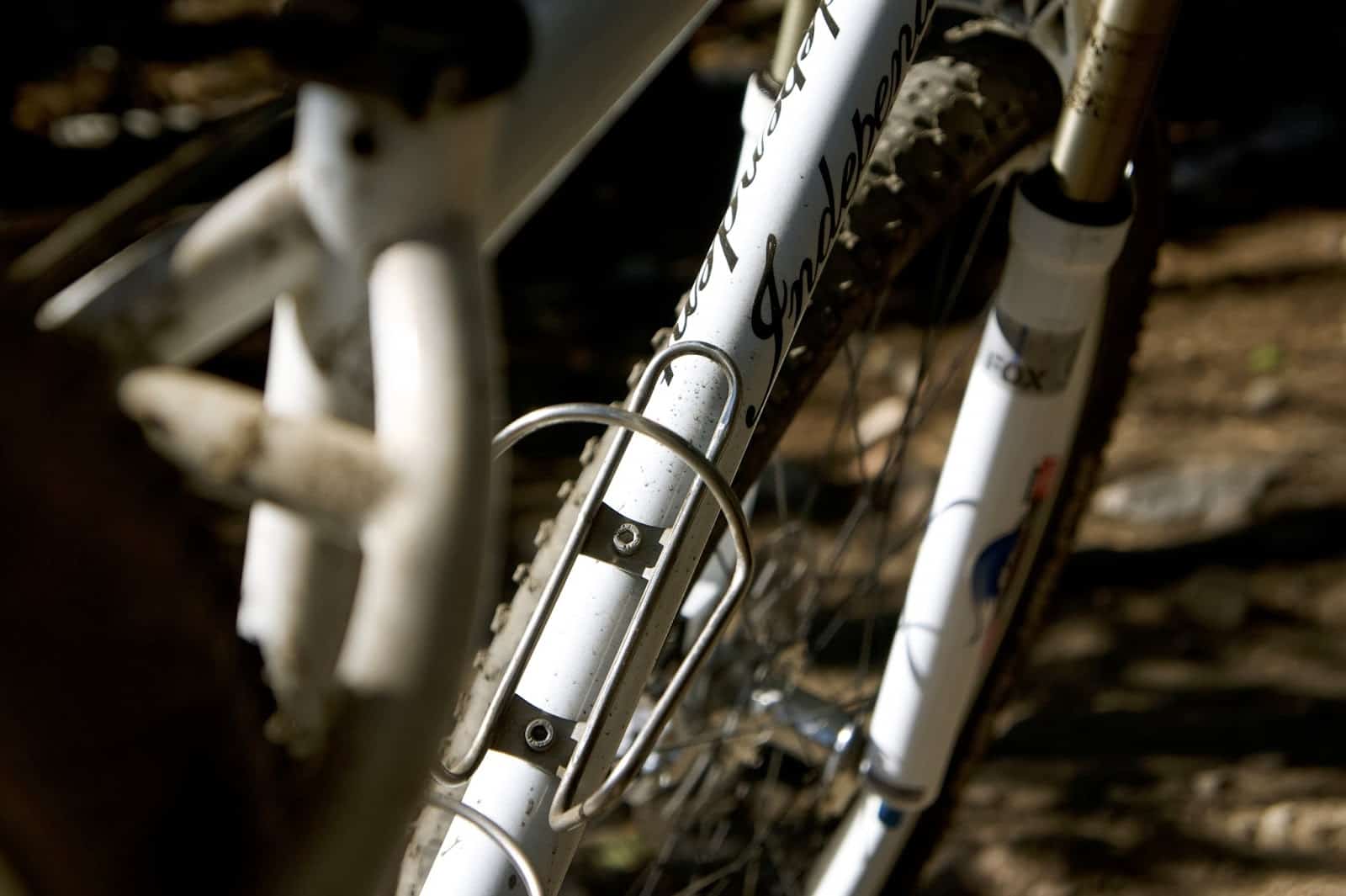 A bike like this is a significant commitment and a terrible investment. They are expensive, and usually take weeks, or in some cases years to deliver. The very nature of a custom bike devalues it instantly: A bike is custom only to the original owner. To all subsequent owners it is merely a very limited-edition stock bicycle. All that said, it is something that every single person that calls themselves a cyclist should do at least once.

The custom bicycle when done correctly is an artistic expression (consciously or subliminally) of the rider’s interpretation of what riding should be. The builder, the geometry, the material, and the selection of components reveal a great deal about a rider. What their priorities are. What they value. Their sense of style and purpose. A detailed, thoughtful study of a custom bicycle is a two-wheeled biography of its rider.

There Can Be Only ONE

Choosing a custom builder is as individual as choosing a spouse. For me, my decision to build with Independent Fabrication was part nostalgia and part divine intervention. I remember drooling over the decadent paint and immaculate welds as a teenager. In 1995, a custom frame was dismally out of my financial reach.

Fast forward fifteen years. I was in the parking lot of an MRI facility having completed the last in a long line of brain scans over a period of two years assessing the dangerousness of an inexplicable lesion deep in my head. I was relieved and elated and just as I was about to turn the key to my car and drive home my phone rang. It was a friend I hadn’t heard from in years. I had sold him my first mountain bike which became his mountain bike when we were 17 or so. He had traced that event to the beginning of his Mountain Bike Life. He started riding and so his brother and parents started riding. They all started racing, he got a job at a bike shop during college and eventually began a career as a sales rep in the cycling industry. His passions, his family, his friends, his livelihood. His whole life had this single bicycle at their core.

He had been managing a shop that was an IF dealer. He called to tell me thanks for getting him into biking so many years before, that he was quitting his job in a week to work for a major bike manufacturer, and that he wanted to thank me by setting me up with my dream bike.
It seemed like the perfect way to celebrate getting my life back. Before I left the MRI parking lot I had plunked down a deposit on a custom frame. 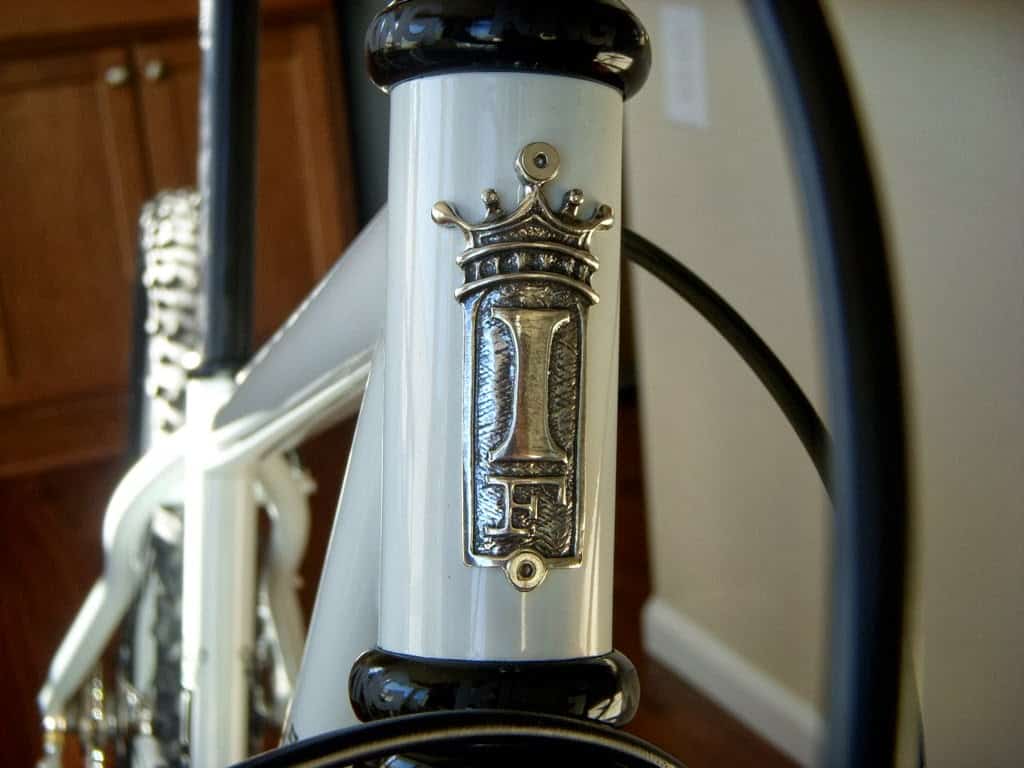 Put Up or Shut Up

Independent Fabrication, like most builders required a deposit of something like 50% to begin the process and full payment due when the frame shipped. Next I was measured as I would be for a finely tailored suit. Detailed instructions were included as to the actual procedure to ensure consistent measurements. After my dimensions and weight were obtained I was asked to complete a questionaire which contained fairly quantitaive assessments of riding style, measurements of current bikes, postural/riding position, and even a couple essay questions. Independent left these purposefully open-ended. The question I found to be particularly useful in conveying my expectations was the “Statement of Goals”. To this I replied:

“I want to make friends wih this bike. I want to be on good terms with it when I ask it to carry me further than I thought I had to go, or faster than I thought I needed to beat the setting sun or the rain or a mountain lion. I want to talk to it on long lonely rides and have inside jokes with it and I want it to know what I’m thinking when I decide to drop the hammer on some cocky bastard that desperately deserves it. I want to be completely unable to walk past it wthout touching it or spinning the pedals or grabbing the brakes. I want it to have Girl-Next-Door attitude and Prom-Queen looks, but I don’t want it to know it has Prom-Queen looks.
I want it to be made of post-ride beers that always taste better than regular beers, long summer afternoons, women just-out-of-your-league and going All-Out in a race and not having enough left to win but enough to make you satisfied with yourself.
I don’t know what kind of tubing or geometry that equates to. Maybe you can use stripper perfume for your inert welding gas or build it from some ancient metal found buried beneath the pyramids. I don’t know anything about building bikes but I believe there is more to it than just steel and welders. There is something etheric, unscientific and mystical about the right bike. I hope you know what I mean. I think you do. That’s why I’ve chosen you to build my next bike.” 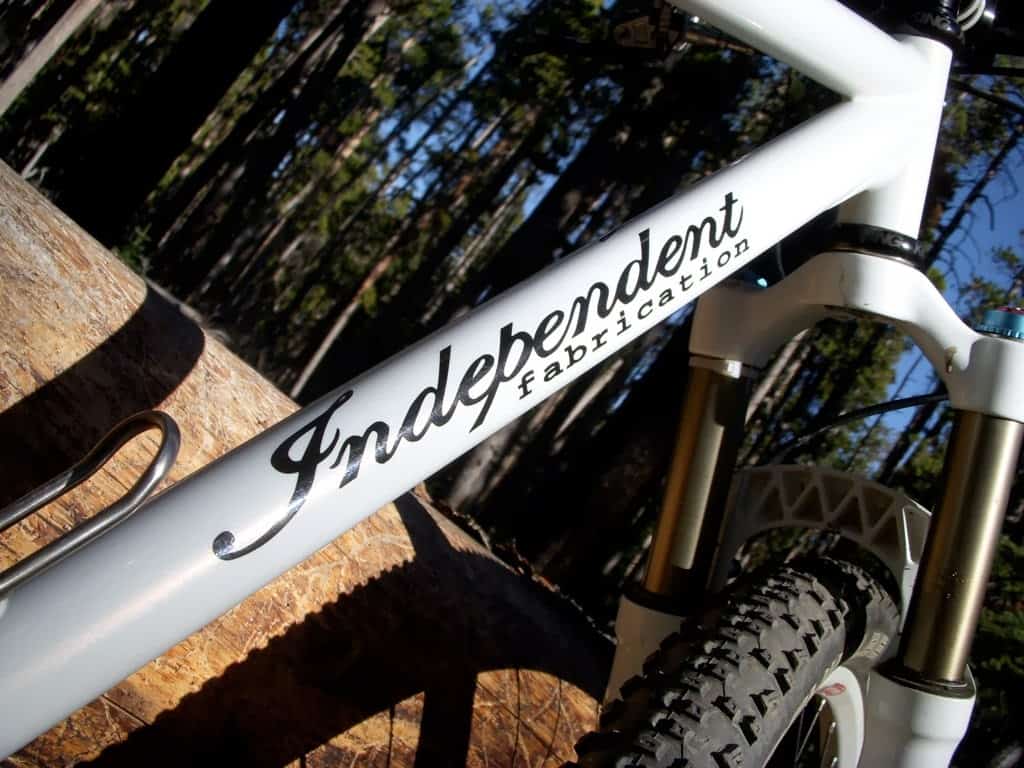 Most builders will work with you to achieve your specific customization goals. S&S couplers, paragon dropouts, Belt-drive, EBBs, bonus bottle cage mounts, glow-in-the-dark-paint, whatever your heart desires. Within reason. Most small builders will be happy to honor other “non-stock” requests, for a fee. Just be careful what you wish for. While it is possible to submit specific geometric requests, I would do this with caution, humility and only with supreme confidence. Too much intervention in their process is akin to marching into the kitchen of the best restaurant in town and lecturing the chef on how to improve her specialty. The custom builder does what they do because they have the ability to translate their vision of what riding should be into physical reality. If there is something about their design with which a customer fundamentally disagrees, it may be time to look for a more compatible builder.

I asked for a Steel Deluxe 29er single-speed only frame (no braze-ons for deraileur cable stops), clearance for 2.3” tires, a 100mm fork (a Fox F29 RLC was specified based on axle-to-crown measurement and offset), Paragon Machine Works sliding dropouts, Freshwater Pearl paint and sterling silver headtube badge. I was provided with a CAD drawing of my frame and recommendations for seatpost, stem, crankarm and handlebar measurements. I received regular updates regarding the progress of its construction.

It was a 6-8 week wait while my frame was finished, but I busied myself with the rest of the bike. Had that mystery lesion in my head not been detected earlier I would have just assumed that it was the result of the brain damage incurred while trying to select everything else I needed. 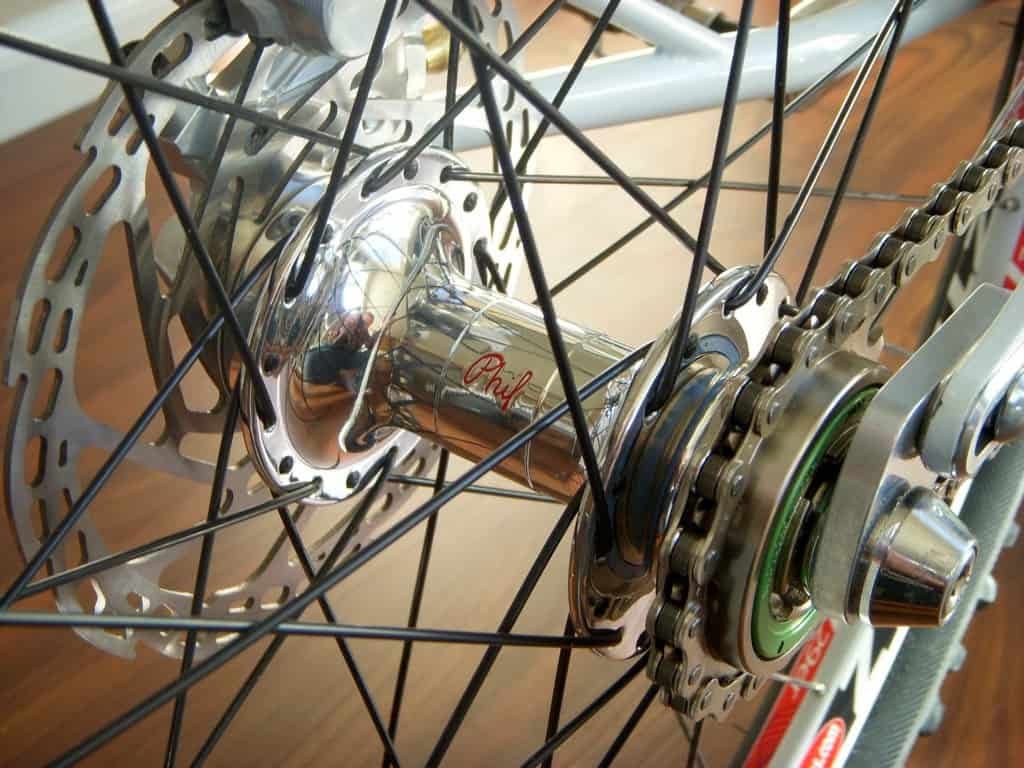 Filling in the Blanks

I went with Phil Wood hubs for the wheelset because I could think of none more beautiful and smooth. Heavy and gorgeous. There are other options out there, and I might still build up a set of Chris Kings, but initially the Phil Woods were the perfect match for this bike. I knew there was only one man in the world who could build these wheels, my old friend Steve Pratt from Cranked Bike Studio back home in Neenah, WI. Pratter is the Hattori Hanzō of wheelbuilding and the only man fit for the job. A White Industries freewheel finished off the rear drive duties for their notorious longevity, serviceability, engagement and sound. In front of that I chose a Chris King BB because there may be none better and for the crankset I found an old XTR unit on eBay. 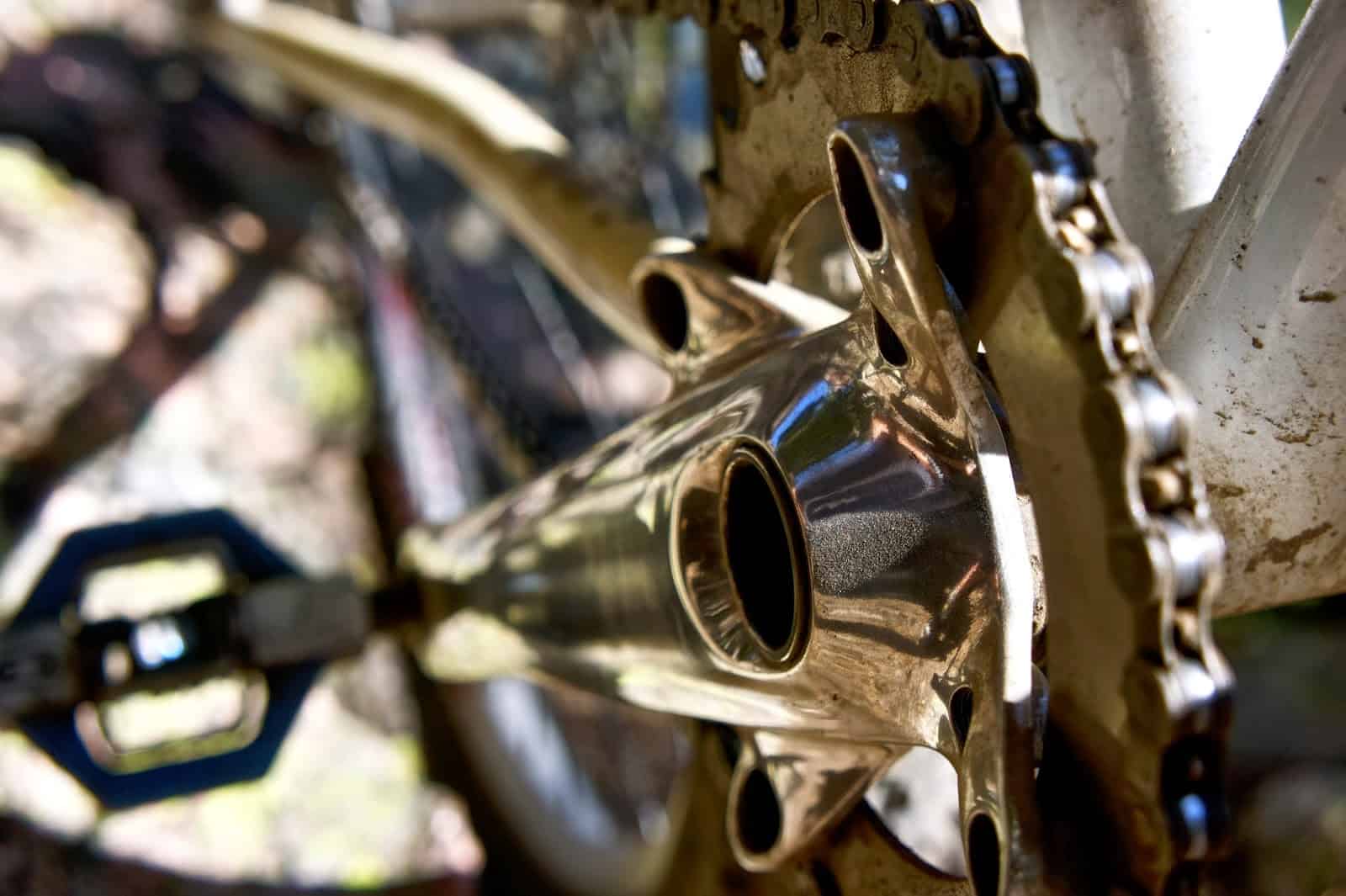 I ground and filed, polished and honed until I had something resembling those that Jeff Jones used to make. Thomson Seatpost and Stem, Hope brakes, Ritchey WCS bar. King headset. I started out with a rigid carbon fork, but discovered that it was outside the specified axle-to-crown length and tried a Fox f29 before settling on a Rock Shox Reba.

Ultimately it is the Ride that defines the bicycle. Not the builder or the spec or the paint or how pretty it is but how it rides. How close does it come to ceasing to be a bicycle and becoming a seamless extension of the rider?
In my case, Independent Fabrication absolutely nailed it. They delivered me a frame that when coupled to the connecting components of their specification feels balanced, neutral, and telepathic. It disappears when I ride it and I float down the trail as a disembodied blob of consciousness traveling as a purer form of human. 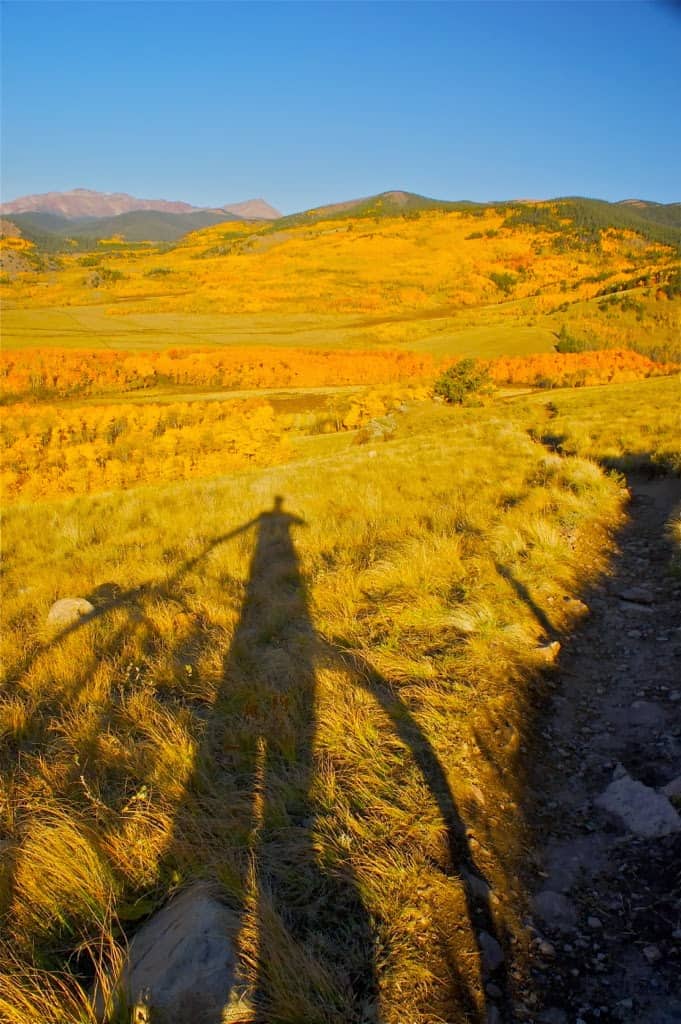 Independent Fabrication is just one of many exhibitors headed to NAHBS this year, but each of them is dedicated to making your next bike your best bike. You can check out the exhibitor list here. Give them a look. Drool a little. Dream a lot. Build your own bicycle biography.

(This year’s North American Handmade Bicycle Show runs from March 14-16 and is being held in Charlotte, North Carolina.)