The Sea Otter Classic was held last weekend in Monterey, California. For those who don’t know, the Sea Otter Classic is four day cycling festival with a huge expo, racing, and gran fondos. This is one of the largest cycling gathering in North America, and I am lucky enough to live only about an hour away.

The festivities kicked of on Thursday, but my main focus would be Sunday morning’s cross country race. Sunday morning started of with a 6 A.M. wake up call and an hour drive to Laguna Seca Recreation Area, home of Mazda Raceway and of course the Sea Otter Classic.

I had checked multiple times and was confident that the start time for Cat 2 racers was 9 A.M. Imagine the surprise of myself, and many others, when the start times were changed! I had enough time for a five minute warm up, and to squeeze into the front row of racers.  We went off around 8:19, 40 minutes earlier than was originally thought. Good thing that I got to the venue early.

The start was very fast and challenging. I sprinted off of the line and found my self at the front of the bunch. I tried to keep my position as different people constantly stormed the front. This is all on pavement, so the pace is pretty high. I did not pre ride the start section so the small climb to the dirt caught me a little off guard. Luckily after the pain there was a long fire road descent.

The descent started the overall sketchiness of the race. Trying to catch up on the descent proved to be an adventure in itself. With riders all over the place, and slower traffic to pass, you definitely had to be careful.

Fast forwarding to the first major climb, I did not do well. I guess the fast start caught up to me and I just could not hold a fast pace up the climb. This one was torturous. I ended up letting quite a few people past me, which was unfortunate.

Next was a short fire road descent which was very sketchy. There was loose gravel, a sharp turn at the bottom, and dust everywhere. I am confident with my bike handling skills so this was not so much a problem, just an annoyance. After that was a pavement descent. I actually ran out of gears to push! C’mon people this is a mountain bike race. 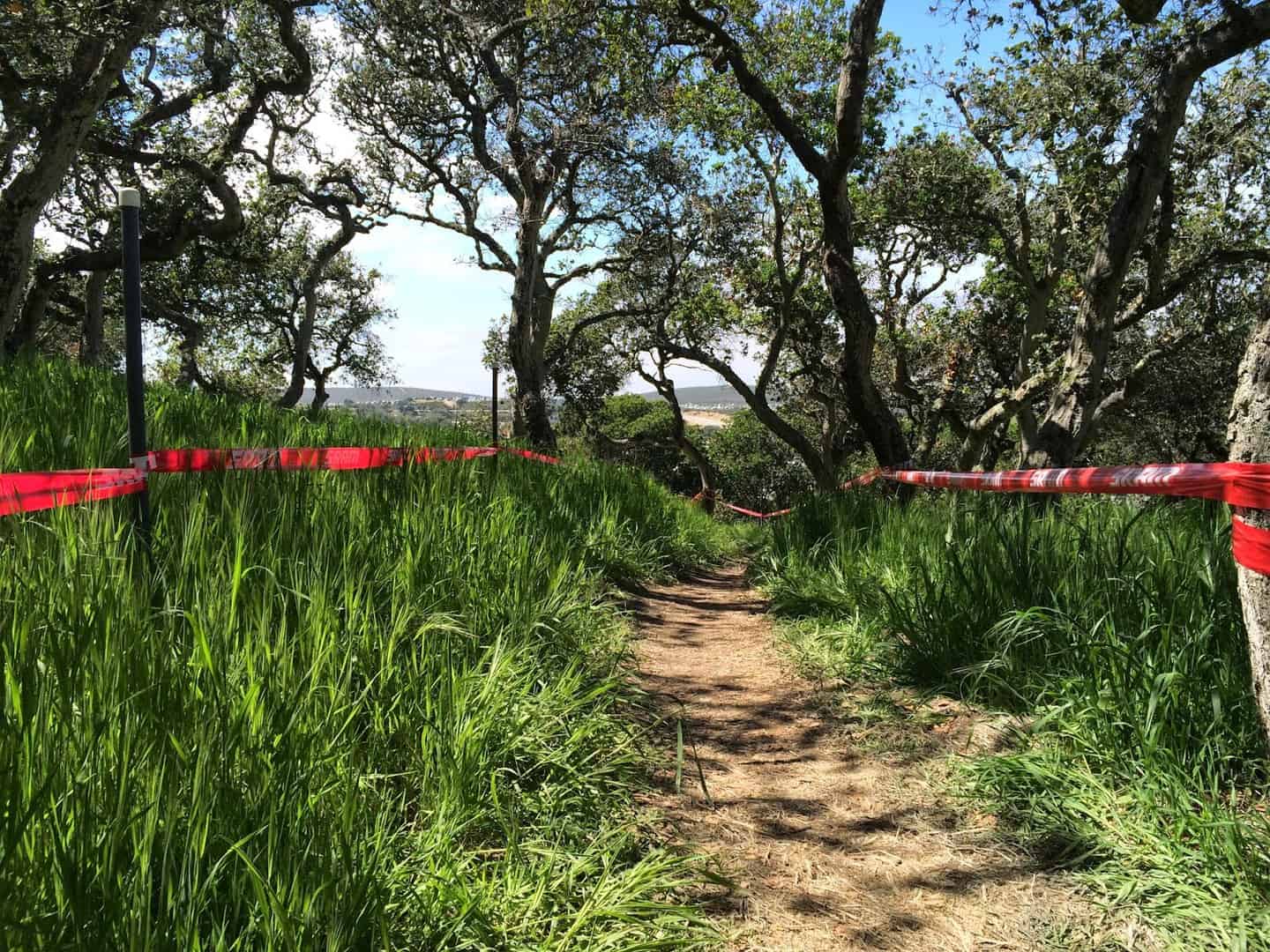 This was followed by another climb, which went better than the first. There was a little downhill section after that, and as I was descending I heard a pop. Uh oh, it turned out to be a broken spoke nipple! Huh, never have had that happen to me, better keep riding. This was 8 miles into a 24 mile course, so I wasn’t about to just give up. The wheel ended up staying ride-able, so no problems there.

The next major section was a long, mostly downhill singletrack. I passed a few riders here, since I am a pretty comfortable descender. And it’s all up hill from here! The last few miles of the course were all up hill. I just settled into a pace and tried not to get too bored. I think that I rode a pretty good pace up this climb, my legs didn’t hurt too bad and I passed a few riders.

After the uphill it was a few short turns down to the finish line. I actually rode most of the race solo so there was nobody to compete with in the sprint. I ended up finishing 20th in a field of 48 racers. I am proud of this result, since there was tons of competition.

I learned a few things from this race. I think I could have held off a bit in the beginning, but this is hard to do while trying to keep tabs on who is in front of you, not to mention the slower on course traffic that needs to be passed. I also could have ridden harder in some sections. I am happy with my overall performance, however. I am looking forward to racing the NorCal High School Series Final in a couple of weeks!