We’ve been doing these Sunday evening bike rides.  The kind of thing you look forward to all week after (hopefully) busting your ass for the $$$ and wearing yourself out on training rides.  These Sunday evening rides are nothing but fun.  No one is keeping track of cadence, meters, hell, some people just wear tennis shoes and t-shirts.

The only rule: Big tires.

One of our buddies, a local bike shop owner, has been exploring those random patches of woods in the north end of Richmond, VA.  Those weird patches of woods in the back of random neighborhoods, behind the shopping malls or deep behind those big abandoned industrial parks.  A lot of times we tend to stick to the paths that have already been laid out in front of us because we know them.  We know that they’re rideable, accessible and relatively safe.  We know we aren’t going to “waste” our time by looking for the exit.  Not these rides.

The Sunday dirt search is a gathering of explorers and cyclists.  We laugh, we sprint, we hop curbs and logs, we plow through creeks and swamps until we get stuck.  We laugh when we fall in the water.  We clear the path for the next ride.  We are creating trails and trail systems in an area that was previously unheard of for trail riding.

Most of the riders that show up are on cyclocross bikes.  The perfect tool for this kind of ride.  There are trails where the few dudes on mountain bikes just crush right on through while the rest of us are gingerly popping over the more difficult terrain but it can often feel way too easy for them until they get back on the road where we connect the trails.  Then they suffer!  The cross bike is king here. 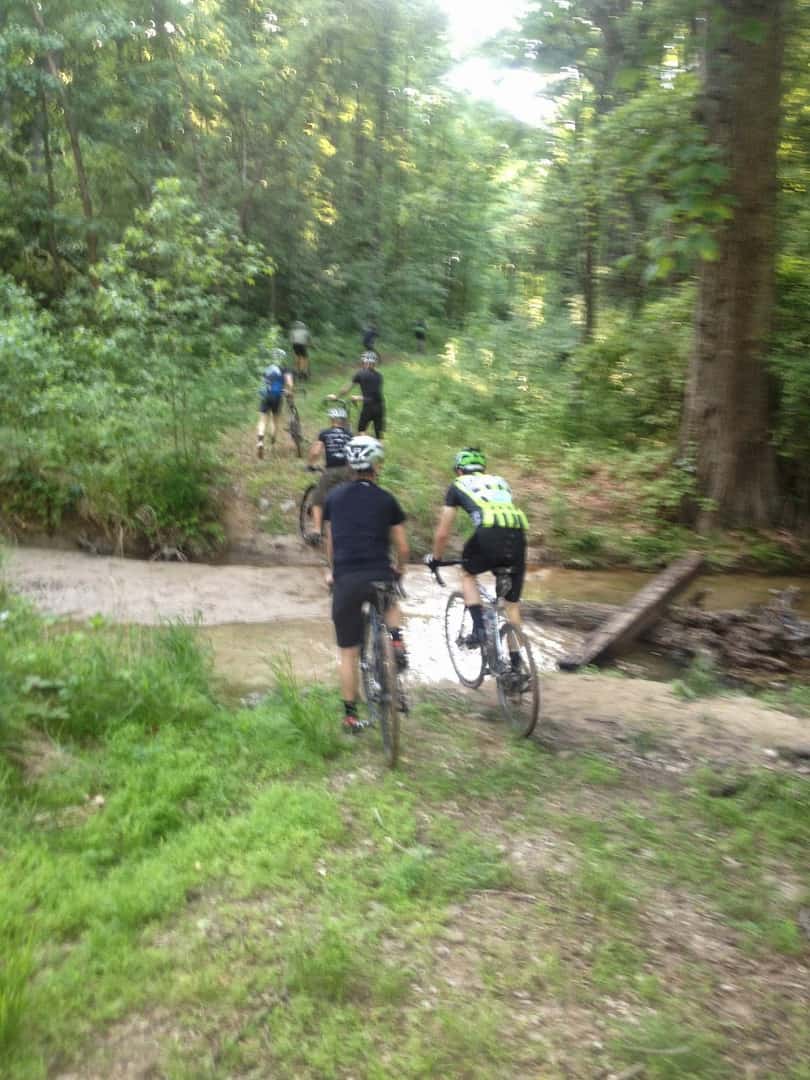 I recently purchased my first cyclocross bike, a used Giant TCX 1.  Pretty simple stuff really.  Aluminum frame, carbon fork, SRAM Rival groupset and some cheapie Mavic rims laced to formula hubs.  I originally wasn’t crazy about the idea of smashing through this kind of terrain on such crap wheels but I quickly realized that this isn’t the place you want to be bottoming out on $800 worth of metal.  The first or second Sunday we were out there, one of our guys got a stick successfully pushed into his rear derailleur which went straight into his spokes as he was riding at a rapid pace.  Luckily it was only a Rival derailleur and a couple broken spokes but it makes you appreciate the fact that you didn’t break the bank on your ride because this stuff happens more often than you want.

Sometimes the trail doesn’t spit you out where you’d like.  Sometimes the trail doesn’t spit you out at all.   Two Sundays ago we decided to explore this big expanse of woods that seemed like it might get developed in the next few years and turned into a Wal-Mart.  After sneaking under some orange tape we found ourselves in a constant muddy descent.  Down and down and down we go through patches of thick, gloppy mud.  We were hopeful it would lead us out to the other side or, at the very least, loop as back around.  After 15 minutes of leg pounding we found ourselves at a standstill.  Literally and figuratively, we were up to our hubs in mud.  We struggled to turn around without having to foot-down in order to avoid a soaking wet shoe but, alas, most of us fell.  Into the mud we went and back up the trail we trekked. 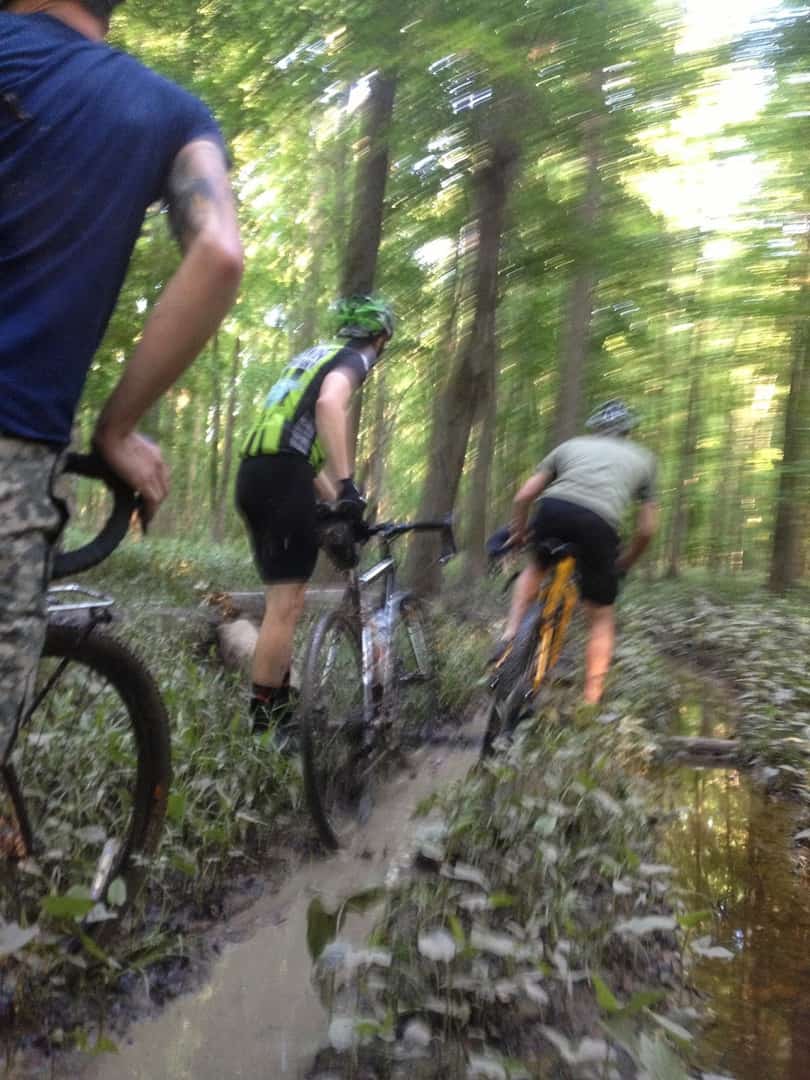 It couldn’t have been better.

Every Sunday gets a little more fluid and a little easier but the fun is always there.  It’s nice to ride with your friends, explore new areas while there are still areas to explore, combine the efforts of men to create the path for tomorrow.  It sounds majestic in words but really its a group of guys and girls on cross bikes, mountain bikes, monster cross bikes and even an occasional tandem mtb all having fun and getting dirty.  No computers, no power meters, no controlled sprints and monitored cadence. 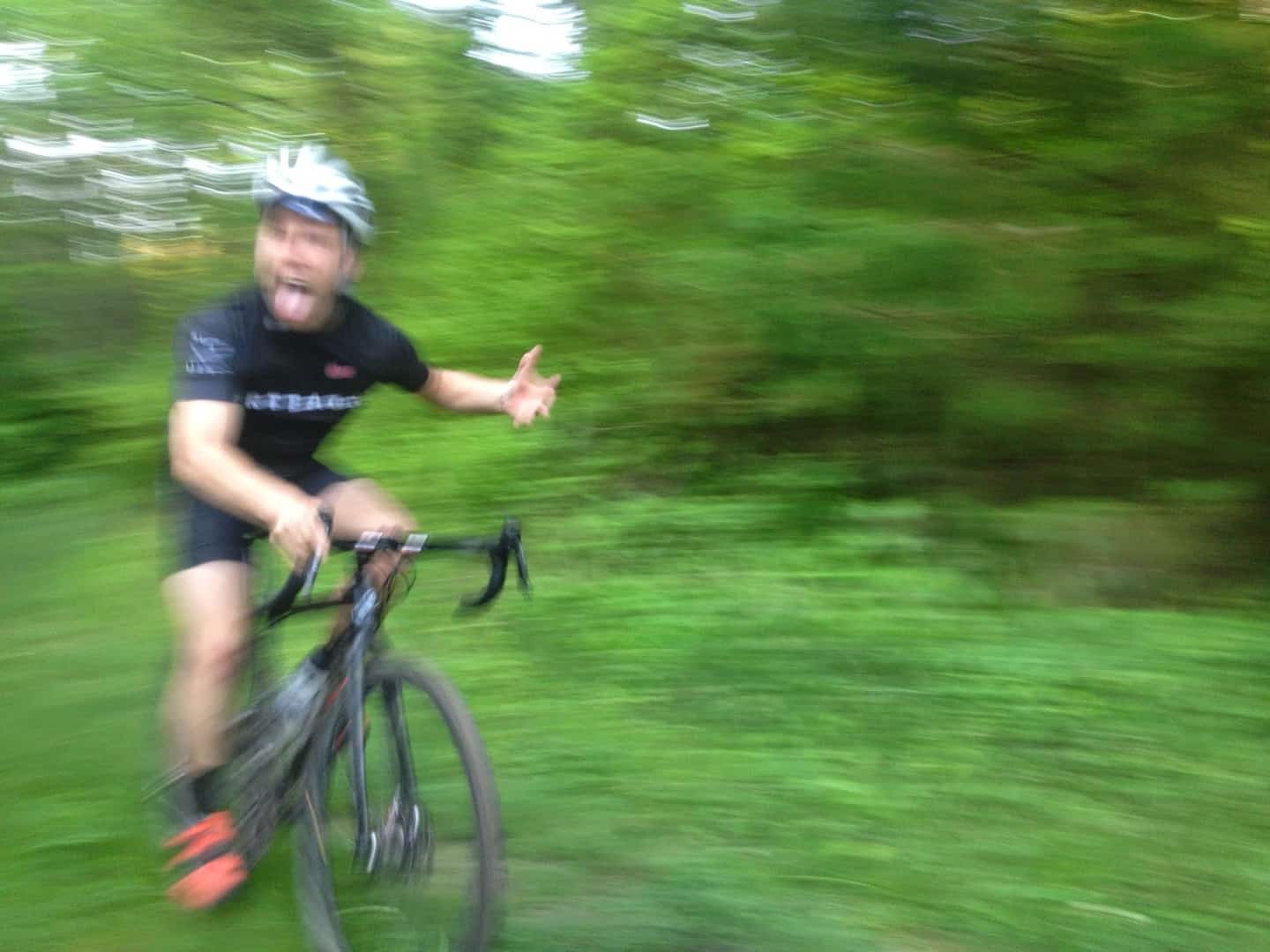